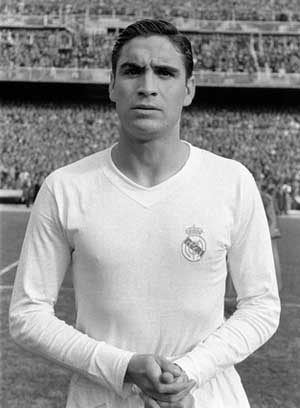 Marquitos, who twice played for Spain, was a regular for Madrid as the Spanish powerhouse won Europe's top prize from 1956-60. Marquitos helped Madrid secure the 1960 Intercontinental Cup plus six Spanish league titles from 1954-62 after joining from Racing Santander.

Former Madrid teammate Alfredo di Stefano said in Wednesday's Marca newspaper that Marquitos "gave me such security that we felt protected ... you were like a wall."

Comments
Topics mentioned in this article
Football Bolton Wanderers Real Madrid Marcos Alonso
Get the latest Cricket news, check out the India cricket schedule, Cricket live score . Like us on Facebook or follow us on Twitter for more sports updates. You can also download the NDTV Cricket app for Android or iOS.