Former Brazilian striker Fernandao Lucio da Costa (36) and four friends were killed Saturday when the aircraft crashed in Aruana, about 500 km northwest of the capital Brasilia. 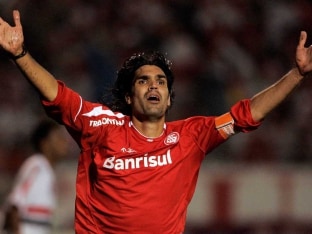 The 36-year-old and four friends were killed Saturday when the aircraft crashed in Aruana, about 500 km northwest of the capital Brasilia.

Fernandao's career included spells with French Ligue 1 clubs Marseille and Toulouse. But it was his time with Porto Alegre's Internacional most remembered by Brazilians.

The 190 cm forward scored 42 goals from 100 appearances for the club and helped them win the 2006 Copa Libertadores, South America's premier club competition.

Brazil striker Fred was among those to pay tribute to Fernandao, with whom he played for Brazil against Guatemala in 2005.

"This is a sad day for all Brazilians," Fred posted on Twitter, alongside a photo of his late former teammate.