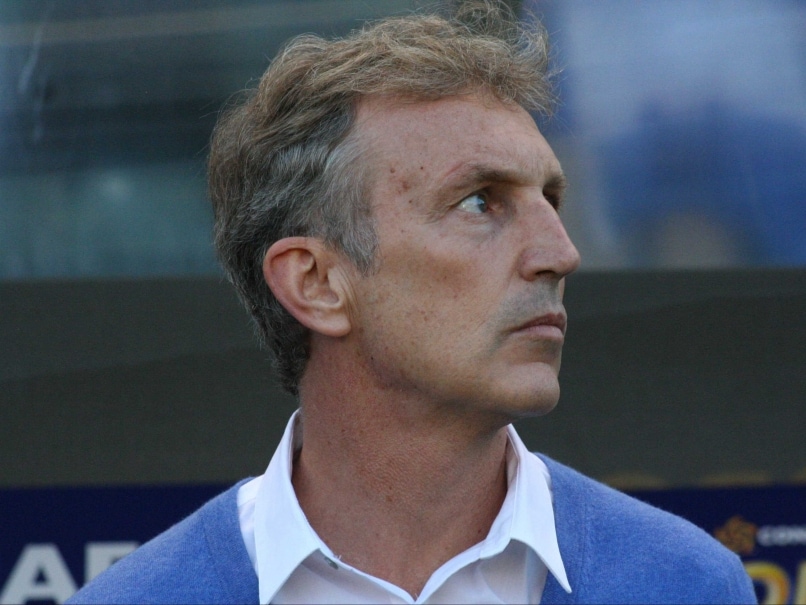 Albert Roca's first game in charge with Bengaluru FC will be the AFC Cup quarter-final against Singapore side Tampines Rovers in September.© NDTV

The 53-year-old Spaniard, signed a two-year deal that keeps him with the two-time I-League champions till the end of the 2017-18 season.

Roca has served as an assistant to Frank Rijkaard for five seasons at Barcelona (2003-2008) during which the Catalans won the Champions League once, the La Liga twice and the Spanish Super Cup twice.

Roca's last job was as manager of the El Salvador national team where he was in charge for a year.

As a player, Roca's most notable stints were with Real Zaragoza and CE Sabadell FC in the La Liga apart from shifts with a number of clubs in the second division.

"I'm very satisfied to have signed with Bengaluru FC. They are the champions of India, have fantastic supporters and most importantly, have a great support system and a management that is always hands on and wants to stay at the top," said Roca, a resident of Grannolers in Catalonia near Barcelona.

"I want to assure our supporters that we will always give it our best. I want the supporters to be happy about the way we play," said Roca.

Roca's first game in charge will be the AFC Cup quarter-final against Singapore side Tampines Rovers in September - a game he reckons will be a tough challenge.

"The AFC Cup quarter-final is definitely going to be a big challenge but we will do our best to get a good result and make the semis," he said.

The Blues coach is expected to land in Bengaluru in the fourth week of July.

Comments
Topics mentioned in this article
Barcelona Galatasaray Football
Get the latest updates on India vs England Series, India vs England , live score and IPL 2021 Auction . Like us on Facebook or follow us on Twitter for more sports updates. You can also download the NDTV Cricket app for Android or iOS.