The FIFA president Sepp Blatter said the organisation must move forward in a changing world in which football had become a "multi-billion dollar" industry with "powerful opportunities". 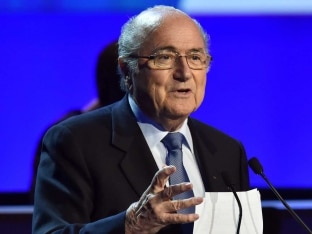 The FIFA president said the organisation must move forward in a changing world in which football had become a "multi-billion dollar" industry with "powerful opportunities".

"Our world is changing, our game is changing. Our organisation must also change. It is our duty to keep football going forward," Blatter told delegates gathered in Sao Paulo a day before the Brazil World Cup starts.

"It is our duty to lead by example and behave like an example, with integrity," he added.

The build-up to the congress has been marred by allegations that millions of dollars in bribes were paid to help Qatar secure the 2022 World Cup.

Blatter, who is widely expected to announce that he will seek a fifth term as president next year, referred to his situation when he said he was "the only one elected by this congress".

Blatter had previously said he would not stand again and European delegates on Tuesday called for Blatter to stand down when his term expires next year. They criticised his response to the Qatar allegations after he said they were motivated by racism.