FIFA's global club showpiece, which will also feature Cristiano Ronaldo's Real Madrid, begins this week under the shadow of the air crash that sent the football world into mourning 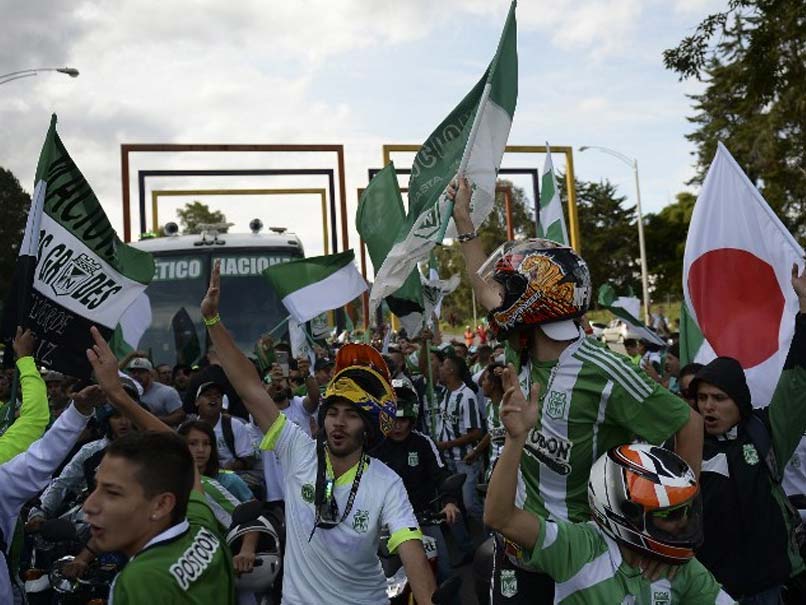 Atletico Nacional fans cheer their team on to the airport ahead of their flight to Japan.© AFP

Atletico Nacional will play through their grief over the Chapecoense plane tragedy when they tackle the Club World Cup in Japan -- just days after their Copa Sudamericana final opponents were wiped out.

FIFA's global club showpiece, which will also feature Cristiano Ronaldo's Real Madrid, begins this week under the shadow of the air crash that sent football into mourning.

It promises to be an emotional tournament for Colombia's Nacional, who were due to play Chapocoense for the Copa Sudamericana title before the plane carrying the Brazilian team crashed en route to the final.

"Pain overwhelms our hearts and invades our thinking in mourning," Nacional wrote on their website. All but three Chapocoense players died in the crash, which killed 71 people.

"For our part, and forever, Chapecoense are champions of the 2016 Copa Sudamericana," stated the club's website.

European giants Real will be favourites to win the tournament, which kicks off on Thursday and features football's six continental champions plus Japanese title-holders Kashima Antlers.

But Ronaldo's Real will face the uncomfortable task of having to beat Nacional, now the sentimental favourites, should both teams reach the December 18 final in Yokohama.

The Colombians, who claimed their second Copa Libertadores title in July, are looking to avenge an extra-time defeat by AC Milan in the tournament's forerunner, the Intercontinental Cup, in 1989.

Their stingy defence kept nine clean sheets in a 14-game run to the South American title, and they play a tidy brand of football under coach Reinaldo Rueda. But bookmakers are firmly backing Spain's Real.

Zinedine Zidane's table-toppers will be without Gareth Bale as the Welsh wizard continues to recover from ankle surgery, but Real have been boosted by the return of Toni Kroos ahead of their opening game on December 15.

Ronaldo issued a warning as Los Blancos go in search for their second Club World Cup title in three years after lifting the trophy in 2014.

"It has been a perfect year, with the Champions League and the Euros," said Madrid's talisman, who also led Portugal to European Championship glory in July and has signed a new five-year deal stretching to 2021.

"Now we have to win the Club World Cup. I want to win trophies, that's why I want to stay at this club."

"It would be a huge satisfaction to win the three international titles -- the Champions League, UEFA Super Cup and Club World Cup," he told AFP.

"We won them in 2014 and we will work towards winning the Club World Cup to do it again."

Plucky Auckland will look to produce another shock in their eighth appearance in the tournament after their collection of truck drivers, cleaners and zoology students defied the odds to finish third in 2014.

"The game against (Kashima) is going to be tough, but our boys are well prepared and I'm looking forward to it," said New Zealand international Clayton Lewis, ahead of Thursday's tournament-opener.

Comments
Topics mentioned in this article
Football Real Madrid
Get the latest updates on ICC Women's Cricket World Cup 2022 and IPL 2022, check out the Schedule , Live Score and IPL Points Table. Like us on Facebook or follow us on Twitter for more sports updates. You can also download the NDTV Cricket app for Android or iOS.