As many as 2,500 supporters witnessed the pre-season friendly match between Chelsea and Brighton that ended in a 1-1 draw. 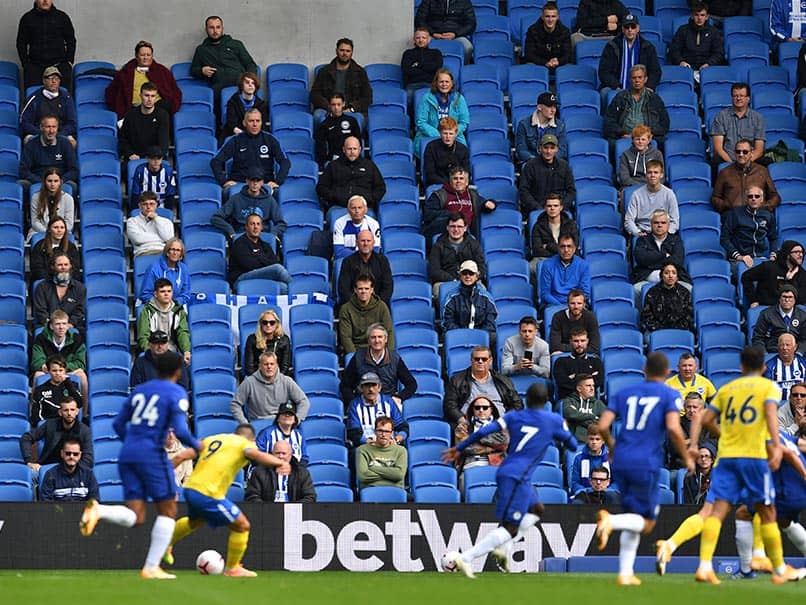 Fans returned to a Premier League stadium for the first time since March.© AFP

After a long absence, fans returned to a Premier League stadium for the first time since March on Saturday when Chelsea and Brighton played a pre-season friendly match. As many as 2,500 supporters witnessed the match between Chelsea and Brighton that ended in a 1-1 draw. The 2019-2020 season of the Premier League had returned to action in June following a long hiatus caused by the coronavirus pandemic. However, the remaining season of the league was played behind closed doors due to the concerns regarding the spread of the virus.

Saturday's friendly match was the first time in six months when fans were allowed at the Amex stadium.

Brighton head coach Graham Potter termed it a ''fantastic day'' and looked at the development as a small step towards normalcy.

"I thought it was a fantastic day - a small step to getting back to normal as soon as we can safely do so," the club''s official website quoted Potter as saying.

"It was so nice to see fans here because as we know it brings a completely different dynamic to the stadium and I thought they made a lot of noise and really got involved in the game. Hopefully, they enjoyed the performance as well," he added.

The club had urged fans to maintain social distancing ''at all times'' and ''face-covering must be worn within the stadium and whilst queuing''.

However wearing a mask was not mandatory while fans were on their seat, eating or drinking.

The 2020-2021 season of the Premier League is scheduled to commence on September 12.

Brighton & Hove Albion Timo Werner Football English Premier League
Get the latest updates on IPL 2021, IPL Points Table , IPL Schedule 2021 , live score . Like us on Facebook or follow us on Twitter for more sports updates. You can also download the NDTV Cricket app for Android or iOS.