The former world player of the year, who played two seasons with Inter, said Italian football is in dire need of a cash injection and domestic investors are thin on the ground. 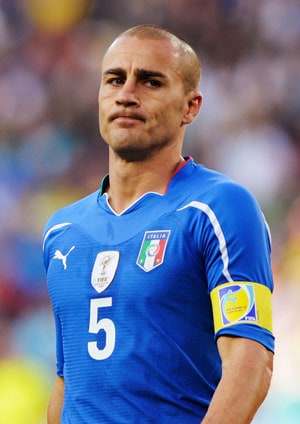 The former world player of the year, who played two seasons with Inter, said Italian football is in dire need of a cash injection and domestic investors are thin on the ground.

He was speaking after Indonesian billionaire Erick Thohir this week snapped up a majority stake in Serie A giants Inter in the first Asian purchase of an Italian club.

"I'm happy about it because we don't have investors in Italy," he told AFP at a promotional event for Tiger Street Football in Singapore.

"We need new forces because our football needs to grow from the economic point of view. We need to improve the quality of stadiums and infrastructure.

"I think these new investors will bring a lot of new things."

He acquired a 70 percent stake in Inter for an undisclosed fee. Inter are reported to be desperate for a new stadium away from the towering San Siro, which they share with city rivals AC Milan.

Inter become only the second foreign-owned Serie A club after AS Roma, who were sold to Americans Thomas DiBenedetto and James Pallotta two years ago.

But Cannavaro said he had no concerns about following the example of the English football, where widespread foreign ownership has produced mixed results.

"I think it's a great thing," the Italian, with a sleeve tattoo on his right forearm and gelled side-parting, said at Singapore's Marina Bay.

"If people want to invest in our football, it creates new opportunities for work for a lot of people and at the moment in Europe, we need that," he said.

Cannavaro has called time on his glittering playing career, highlighted by Italy's 2006 World Cup win and his world player of the year award in the same year.

After distinguished stints at Parma, Juventus and Real Madrid, and setting a new Italian record for international caps, he is now assistant coach at Al-Ahli in the UAE.

He had praise for Marcello Lippi, his coach when Italy won the World Cup, who has steered Guangzhou Evergrande to the AFC Champions League final after his surprise move to China.

"Now I think they will say he's great because he's winning everything in China and they're in the final of the Asian Champions League. So I think he's doing a really great job."

Lippi, 65, now stands to add the Asian continental title to the European equivalent, which he won with Juventus in 1996, when Guangzhou face FC Seoul in the two-legged final.

Cannavaro said he was not surprised by Lippi's success and paid tribute to the "sacrifices" made by the 65-year-old in moving to a new country late in his career.

"I think to reach a Champions League final isn't easy, whether it's in Europe or Asia," he said.

"I hope he can win, because of the sacrifices he's making: it's not easy to be going on the pitch and living in another country at 60 years old.

"So definitely winning that would give him a lot of satisfaction."

Comments
Topics mentioned in this article
Football Napoli Inter Milan Italy
Get the latest updates on ICC T20 Worldcup 2022 and CWG 2022 check out the Schedule, Live Score and Medals Tally. Like us on Facebook or follow us on Twitter for more sports updates. You can also download the NDTV Cricket app for Android or iOS.