FA Cup: Aston Villa lost 1-2 to second-tier side Fulham, while Brighton lost 0-1 to Sheffield Wednesday in the third round on Saturday. 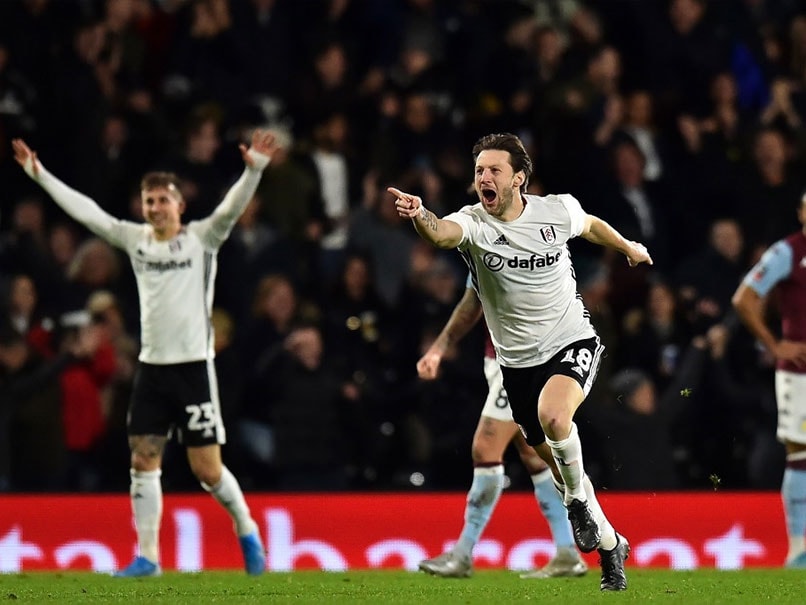 Aston Villa and Brightonsuffered FA Cup embarrassment as the Premier League clubs paid the price for making a raft of team changes in their shock third round exits on Saturday. Villa are languishing just above the relegation zone after a difficult first season back in the top-flight and boss Dean Smith prioritised that survival battle with nine changes against second tier Fulham. Anthony Knockaert gave Fulham the lead at Craven Cottage with a 54th minute curler as the former Brighton forward grabbed his first goal since September.

Anwar El Ghazi equalised for Villa in the 63rd minute, but the understudies couldn't hold on as Harry Arter won it with a 30-yard thunderbolt with 16 minutes left.

Midfielder Arter had only been on the pitch for one minute and 45 seconds before scoring his first goal since November 2017.

"The game was won by two wonder-goals," Smith said. "I don't like losing in any competition, but everyone could see this wasn't top of our priority list, because we have had injuries to three key players."

Brighton endured the same fate as Villa as Albion boss Graham Potter made seven changes from their New Year's Day draw against Chelsea and second tier Sheffield Wednesday took advantage with a 1-0 win at the Amex Stadium.

Adam Reach blasted Wednesday into the fourth round with a deflected long-range strike in the 65th minute.

"Credit to Sheffield Wednesday, they deserve to go through. We huffed and puffed but our second-half performance was disappointing. We need to do better," Potter said.

But they lost the recent momentum from new boss Nigel Pearson's arrival as Connor Jennings and Emmanuel Monthe scored in the second half before Paul Mullin's 87th minute penalty equaliser was followed by a red card for Pereyra.

Magpies boss Steve Bruce had declared his determination not to lose to "bloody Rochdale" as he eyed a sustained Cup run for a club that hasn't won the competition since 1955 and last reached the final in 1999.

- Newcastle stumble -
But Newcastle's FA Cup form is so bad that they have not gone beyond the fourth round for 13 years.

Once again they endured embarrassment as Rochdale, who took Tottenham to a fifth round replay in 2018, recovered from Miguel Almiron's opener to earn a replay at St James' Park later in January thanks to a late leveller from old stager Wilbraham.

"Credit to Aaron Wilbraham, he's been around longer then I have!" Bruce said. "We could've been out, so it's a positive we are still in with a shout."

Paraguayan midfielder Almiron opened the scoring with a fierce drive into the top corner from Christian Atsu's 17th minute pass.

In need of a lift, Rochdale, sitting 18th in League One, opted for experience over the promise of youth at half-time when they sent on Wilbraham to replace 16-year-old Kwadwo Baah.

In the 674th game of his journeyman career, Wilbraham bagged only his second goal in the FA Cup with a close-range finish from Luke Matheson's cross in the 79th minute.

"Aaron's mum passed away recently so he's been playing with that memory for the last couple of weeks," he said.

"He's an amazing guy and he had a huge impact on the second half."

Norwich's teenage striker Adam Idah scored a hat-trick -- his first goals for the club -- in their 4-2 win at Championship side Preston.

Will Smallbone marked his Southampton debut with a second half goal in their 2-0 victory over Huddersfield, while much-changed Burnley beat Peterborough 4-2.

Brighton & Hove Albion Sheffield Wednesday Football
Get the latest updates on IPL Auction 2023 and check out  IPL 2023 and Live Cricket Score. Like us on Facebook or follow us on Twitter for more sports updates. You can also download the NDTV Cricket app for Android or iOS.