Iceland played dominant football to register their first win against the Dutch side in 11 meetings. 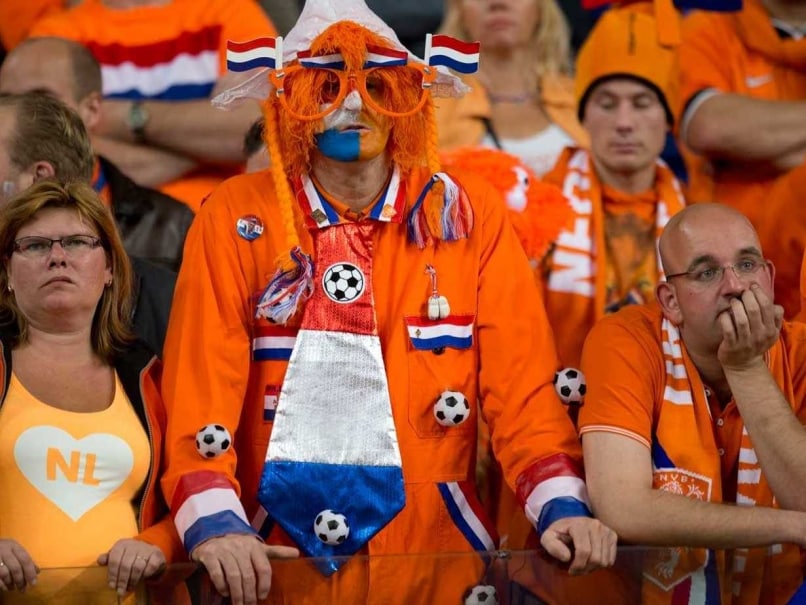 Swansea midfielder Gylfi Sigurdsson scored both goals Monday as Iceland pulled off a shock 2-0 defeat of the Netherlands in a European Championship qualifier to hand new coach Guus Hiddink his third loss in four matches since taking over after the World Cup.

It was Iceland's first ever victory over the Netherlands in 11 meetings.

The win kept Iceland perfect in three qualifiers and left it level atop Group A with the Czech Republic, which got its third straight win by beating Kazakhstan 4-2 in Almaty. Turkey remained anchored to the bottom of the group with Kazakhstan after gaining its first point with a 1-1 draw at Latvia

Sigurdsson scored twice before the break. He fired home from the spot in the 10th minute after Stefan de Vrij had brought down Birkir Bjarnason and volleyed powerfully into the roof of the net in the 42nd after the Dutch defense failed to clear a corner.

"We put them in the saddle by giving them two goals," said winger Arjen Robben.

"It really is painful that we lost here," said Dutch captain Robin van Persie, who was kept in check almost all night by a tight Iceland defense.

The second Iceland goal came after a spell of Dutch pressure when Van Persie came close and Robben squandered a great chance by heading wide after a cross from the left by Daley Blind.

But those chances were interspersed by sloppy passing and clumsy defending by a Dutch team that appeared a shadow of the side that finished third at the World Cup.

"We have to keep our emotions in check and take a careful look at the state of Dutch football and then talk about how to progress," Hiddink said.

Since the successful tournament in Brazil, the Dutch have lost a friendly to Italy, lost to the Czech Republic, struggled to victory over Kazakhstan and now lost to Iceland, a dismal record that will put pressure on Hiddink, who is in his second stint in charge after previously leading the Netherlands to the World Cup semifinals in 1998.

Van Persie said it was not fair to blame Hiddink.

"Guus is a fantastic coach," he said. "We are all working as hard as we can to play well."

Hiddink brought on a second striker - Klaas Jan Huntelaar - at halftime for Wesley Sneijder, but the Schalke striker who came off the bench Friday night to score against Kazakhstan could not make an impact this time.

As the Netherlands pushed forward trying to claw its way back into the match, it gave room to Iceland's forwards and Kolbeinn Sigthorsson and Bjarnason both came close to extending the host's lead after the break.

"Everyone fought for each other," Sigthorsson said. "It was a team performance."

After opening its campaign with a surprise 2-1 win over the Netherlands and beating Turkey by the same score on Friday, the Czechs wrapped up victory over Kazakhstan inside an hour thanks to goals by Borek Dockal, David Lafata and Ladislav Krejci.

The hosts showed off their prowess at set pieces with two late goals by Yuri Logvinenko from corners sandwiching a fourth Czech strike from Tomas Necid.

In Latvia, Bilal Kisa opened the scoring for Turkey shortly after halftime with a long-range shot and Valerijs Sabala equalized with a 54th-minute penalty.

Comments
Topics mentioned in this article
Iceland Netherlands Gylfi Sigurdsson Football
Get the latest updates on ICC T20 Worldcup 2022 and CWG 2022 check out the Schedule, Live Score and Medals Tally. Like us on Facebook or follow us on Twitter for more sports updates. You can also download the NDTV Cricket app for Android or iOS.