Zdravko Mamic and a top Croatian football official were among four arrested as part of a probe into transfers of Dinamo Zagreb players made through an agency led by his son Mario, who was also detained 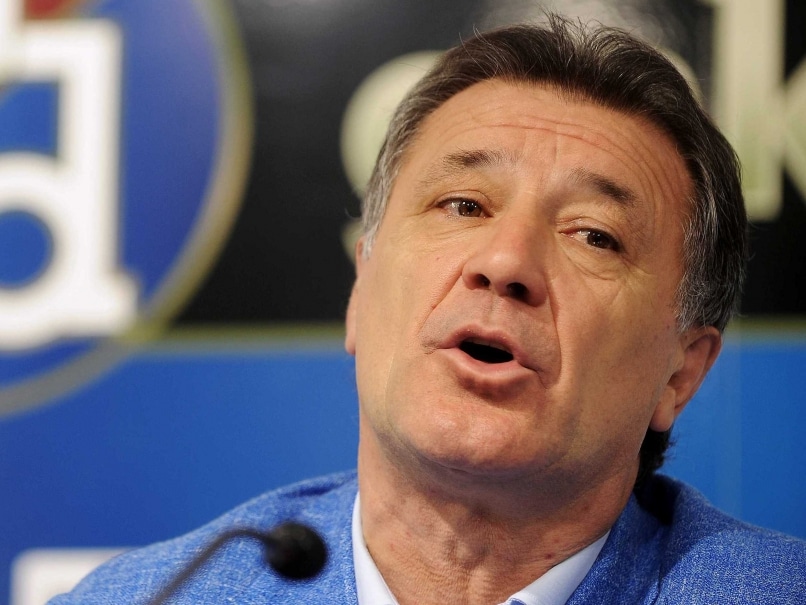 Zdravko Mamic is considered the most powerful man in Croatian football.© AFP
Zagreb:

Mamic, considered the most powerful man in Croatian football, was taken in by police as part of a probe into transfers of Dinamo Zagreb players made through an agency led by his son Mario, who was also detained, according to HRT television.

It was not possible to immediately confirm the information with anti-corruption prosecutors, but both Dinamo Zagreb and the Croatian Football Federation (HNS) said in separate statements that police were searching their premises, without elaborating.

Media also reported on searches of Mamic's house in Zagreb and said HNS executive president Damir Vrbanovic was among the detained.

Mamic is already under investigation by Croatia's anti-graft USKOK bureau -- along with his brother Zoran, Dinamo Zagreb's coach, Vrbanovic and a tax inspector -- suspected of giving and receiving bribes, tax evasion and other offences.

The four men were detained in July but were later released on bail.

At the time Mamic labelled the allegations against him "absolutely pointless and constructed". The 56-year-old Dinamo executive president said they were politically motivated and accused Prime Minister Zoran Milanovic of being behind them.

Mamic is a controversial figure well known for his outspoken behaviour and threatening journalists.

Last year he was convicted of slander and ordered to pay 17,000 euros to a lawyer representing Brazil-born Croatian striker Eduardo da Silva.

In 2014, he was acquitted of inciting hatred with a slur against an ethnic Serb minister.

Comments
Topics mentioned in this article
Dinamo Zagreb Football
Get the latest updates on India vs Australia Series, check out the India vs Australia Schedule for 2020-21 and Ind vs Aus live score . Like us on Facebook or follow us on Twitter for more sports updates. You can also download the NDTV Cricket app for Android or iOS.