"I'm terribly sad as he was like a second father," Diego Maradona said following the death of Cuban revolutionary leader Fidel Castro 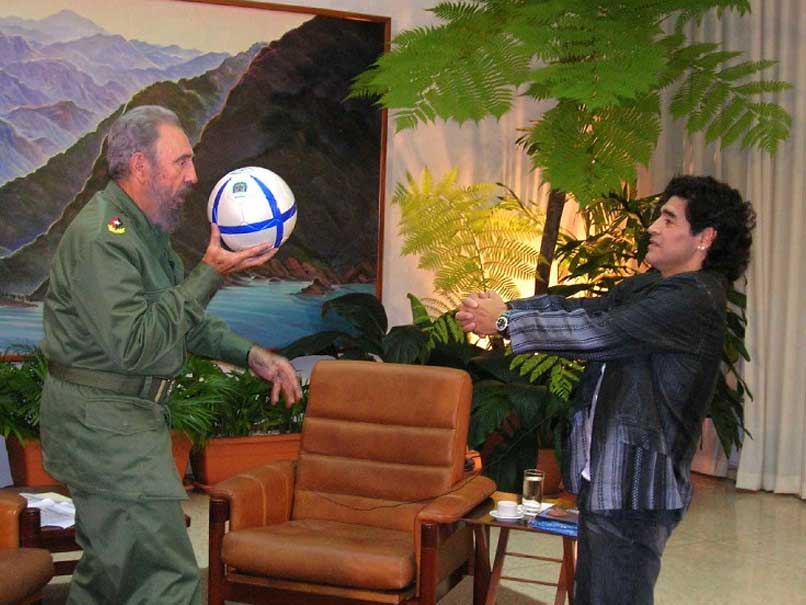 Argentine soccer legend Diego Maradona on Saturday lamented the death of former Cuban leader Fidel Castro as the loss of a "great" man who was "like a second father" to him.

"They called me from Buenos Aires and it was a shock" to learn the 90-year-old historic revolutionary leader had died, Maradona said.

"I'm terribly sad as he was like a second father," Maradona told reporters in Zagreb, where he is watching the Davis Cup final between Argentina and Croatia.

Maradona first visited Cuba after the 1986 World Cup which Argentina won after the stocky striker had scored a handballed goal during the quarter-final against England.

Castro referred to the star as a "great friend" while Maradona had a leg tattood with the likeness of the then Cuban president, of whom he once said: "Along with God, he is the reason I am alive."

Comments
Topics mentioned in this article
Football Diego Maradona
Get the latest updates on T20 World Cup, check out the T20 World Cup Schedule and Live Score . Like us on Facebook or follow us on Twitter for more sports updates. You can also download the NDTV Cricket app for Android or iOS.