Chelsea striker Diego Costa has been woefully out of form, scoring just three goals and providing one assist in 11 English Premier League games this season 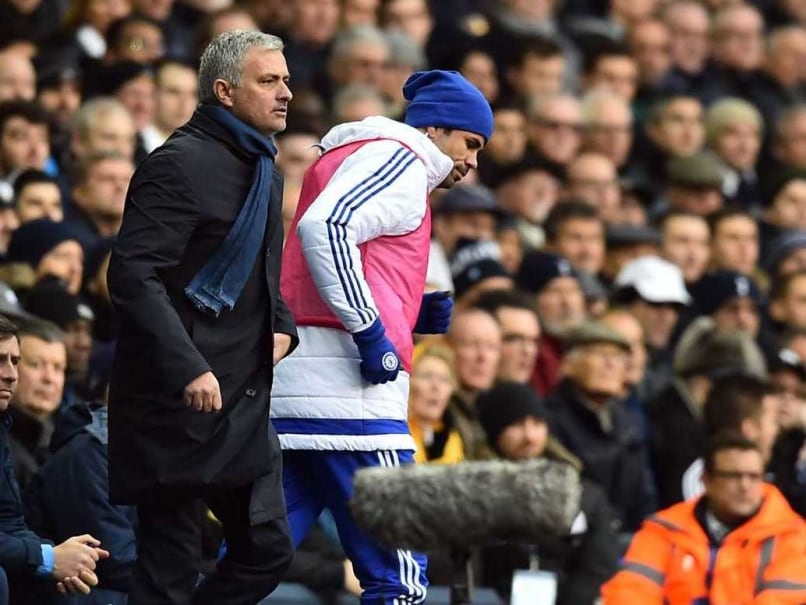 Diego Costa will try to silence the growing criticism of his poor form after the troubled Chelsea striker dominated the build-up to Bournemouth's visit to Stamford Bridge for an English Premier League clash on Saturday. (Chelsea Rubbish Stoke City Steward's Diego Costa Claim)

After his reaction to being dropped overshadowed Chelsea's draw at Tottenham last weekend, Costa appeared to be heading for more controversy when the Spain star was photographed leaving a London nightclub along with teammates Kenedy and Ramires in the early hours of Thursday morning. (Jose Mourinho Denies Any Rift With Diego Costa)

However, Blues boss Jose Mourinho had given his approval for the players to go out for their Christmas party and Costa was in shape to train nine hours later with the rest of the squad.

Mourinho will hope the night out helps lift his players, and Costa in particular, as they attempt to move away from the lower reaches of the Premier League table.

His decision to leave Costa on the bench against Tottenham prompted a show of indignation from the forward, who at one stage appeared to toss his training bib in the direction of the manager.

Mourinho dismissed that incident but his assessment of his side's display in securing a scoreless draw was their "best team performance of the season" was telling.

It now remains to be seen whether Costa will be recalled for the meeting with a Bournemouth side who are struggling to establish themselves in the top tier following their promotion from the Championship last season.

Costa was the match-winner in the last home game against Norwich and this fixture calls for a more attacking approach than facing in-form Tottenham, which suggests he is likely to be recalled.

Mourinho is confident his side are now moving in the right direction after recording three successive clean-sheets since the last international break.

The reigning champions desperately need a victory, though, after a dismal run that has left them in 14th place, just five points above Bournemouth who occupy the third relegation place.

"We are not in a good place - you have to tell the truth. With our players, Chelsea should be first or second every year," Blues defender Kurt Zouma told Sport magazine.

"There have been difficult moments, but our spirit has always been good. Everybody helps everybody and the dressing room is happy.

"If we continue to play the way we are doing, that will happen very quickly. If we think game by game, we can do something brilliant."

Bournemouth's season has been affected by a succession of major injuries to key players, but Eddie Howe's side were handed a major boost last weekend when they recovered deep in stoppage-time to rescue a 3-3 draw against Everton.

The manner in which Bournemouth claimed a point was encouraging, although they have now shipped 30 goals in 14 league games - the joint worst record in the division and a clear indicator of where their problems lie.

Comments
Topics mentioned in this article
Chelsea Bournemouth Diego Costa Kurt Zouma Football
Get the latest updates on SA vs IND 2021-22, check out the Schedule and Live Score . Like us on Facebook or follow us on Twitter for more sports updates. You can also download the NDTV Cricket app for Android or iOS.