Real Madrid suffered a humiliating defeat to Barcelona in La Liga but Rafael Benitez's side will look to bounce back when they travel to Ukraine to face Shakhtar Donetsk. 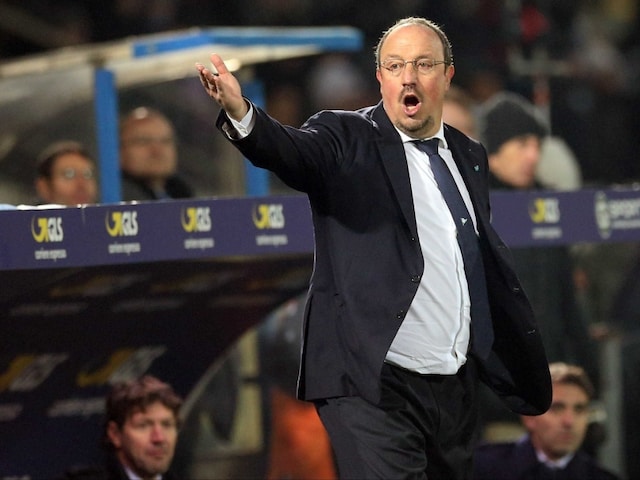 Real Madrid coach Rafael Benitez may have received a public vote of confidence from president Florentino Perez but knows his long-term future at the Spanish football club depend on results with the time between now and the New Year crucial towards keeping his job. (Rafael Benitez Not Scared of Losing Real Madrid Coaching Job After FC Barcelona Thrashing)

The game itself is not important for Real Madrid given that they have already assured of a place in the last 16 of the competition as winners of their group, but Benitez needs a convincing display from his players to start the process of burying memories of Saturday's 0-4 humiliation against FC Barcelona in La Liga, reports Xinhua. (Real Madrid President Gives Rafael Benitez Vote of Confidence)

Madrid will be without the injured left-back Marcelo and central defender Sergio Ramos, who needs to rest his injured shoulder and the question is how many first team regulars will Benitez rest ahead of this weekend's potentially difficult trip to Eibar's small Ipurua Stadium for La Liga.

It is a balance Benitez must get right, because although Madrid can afford to lose to Shakhtar, the current situation means they have to produce a decent performance to reduce the pressure on their embattled coach. Apart from the coach, some players such as Gareth Bale, Isco, Danilo and Cristiano Ronaldo also need a good display after being criticised for their poor performances against Barcelona.

Madrid are not the only Spanish side in action on Wednesday night with Atletico Madrid looking to seal their place in the last 16 at home to Turkish side, Galatasaray, who they have already beaten once this season.

Diego Simeone's side moved to second in La Liga over the weekend and will want to assure their European qualification ahead of a difficult last group game away to Portugal's Benfica.

Another Spanish side Sevilla's Champions League options have all but vanished having already failed to qualify, but Unai Emery's side will hope to win against Germany's Borussia Munchegladbach.

Comments
Topics mentioned in this article
Real Madrid Shakhtar Donetsk Atletico Madrid Sevilla Football
Get the latest Cricket news, check out the India cricket schedule, Cricket live score . Like us on Facebook or follow us on Twitter for more sports updates. You can also download the NDTV Cricket app for Android or iOS.