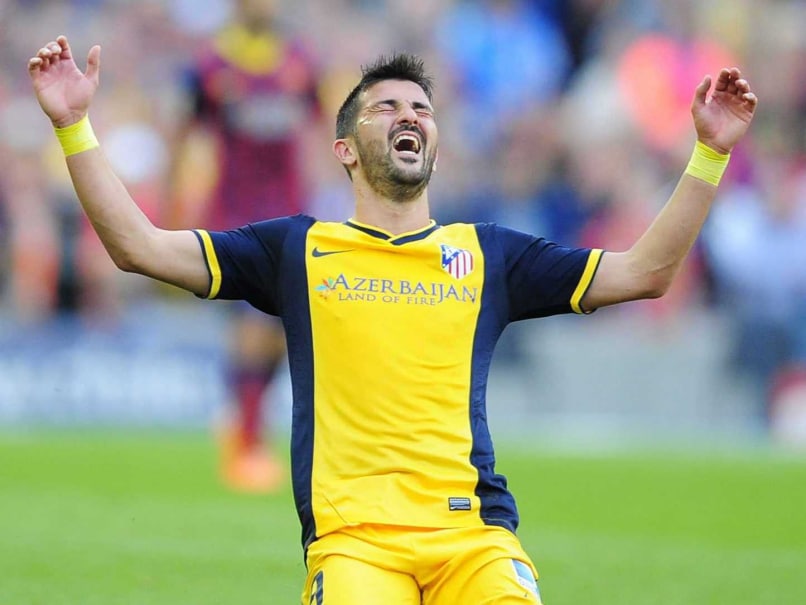 Spanish great David Villa's 10-match loan stint has galvanised his rebranded Melbourne City club into one of the favourites to land this season's Australian A-League title ahead of Friday's kick-off.

Villa, 32, was the first major signing announced by Melbourne since they were bought by English Premier League giants Manchester City earlier this year.

The Spanish World Cup winner, whose 97th and final international was against Australia at this year's Brazil World Cup, ranks along with Italian legend Alessandro Del Piero as the biggest signing in the 10 years of the A-League.

Villa, who arrived only on Sunday, is likely to play in Melbourne City's season opener against hosts Sydney FC on Saturday.

"I feel prepared. I've been working hard," Villa said this week. "I'd like for the fans across Australia to have good memories and to enjoy my performances."

Adelaide United coach and Spanish compatriot Josep Gombau said it was a big deal to have Villa play in the A-League.

"He will bring a lot to the league because he's a player that is not just here to enjoy the experience, he's a winner. He will bring everything to his club," Gombau said.

City, as Melbourne Heart, finished bottom of the 10-team competition last season, but given the cash injection from their new English Premier League owners, bookmakers have them among the favourites for the title.

Del Piero has left after two influential seasons with Sydney FC, but the Sky Blues under new coach Graham Arnold have built up significantly with the acquisition of Austrian international striker Marc Jenko, from Trabzonspor in Turkey.

Arnold has strengthened Sydney's attacking options with New Zealand international striker Shane Smeltz and Socceroo Alex Brosque, back from a stint in the United Arab Emirates.

Western Sydney Wanderers, who are balancing a highly successful AFC Champions League campaign with the A-League, take on Melbourne Victory and Sydney FC before their Asianb Champions League final first leg at home to Saudi Arabia's Al Hilal on October 25.

The Spanish influence at Adelaide United under head coach Gombau has been expanded with the arrival of forward Pablo Sanchez, while Barcelona great Guillermo Amor has been appointed the club's new technical director.

"What's really clear is that the A-League has really moved into the mainstream of Australian sport and I'm not sure we could say that when it started 10 years ago," competition boss Damien De Bohun said.

"It's now a football competition that really matters to Australians."

Comments
Topics mentioned in this article
David Villa Football
Get the latest updates on T20 World Cup, check out the T20 World Cup Schedule and Live Score . Like us on Facebook or follow us on Twitter for more sports updates. You can also download the NDTV Cricket app for Android or iOS.