Brooklyn Beckham, son of football legend David Beckham, approached the upstairs bar of Camden's Roundhouse for a drink when the venue's staff recognised him and immediately knew he was underage 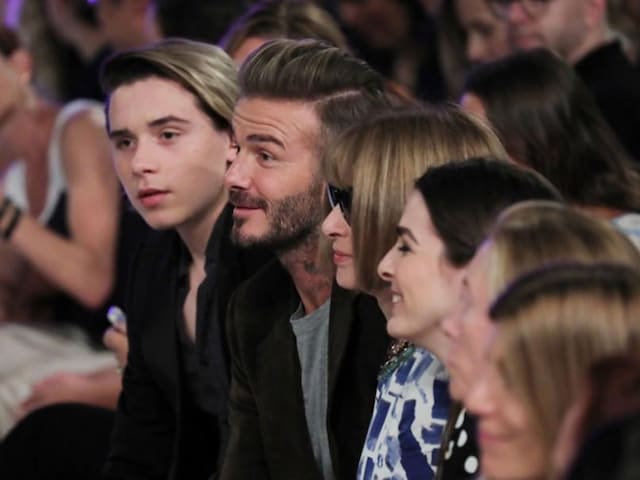 According to a source, the 17-year-old approached the bar of Camden's Roundhouse for a drink while watching Chance The Rapper with his friends last week, reports aceshowbiz.com.

However, the bar staff at the venue recognised him and knew he was underage.

"I know you, you're Brooklyn Beckham," the server told Brooklyn before he left.

A source told The Sun newspaper that Brooklyn was forced to stick to soft drinks for the rest of the night.

Comments
Topics mentioned in this article
David Beckham , 1900-01-01 , England Football , 1900-01-01 ,
Get the latest Cricket news, check out the India cricket schedule, Cricket live score . Like us on Facebook or follow us on Twitter for more sports updates. You can also download the NDTV Cricket app for Android or iOS.