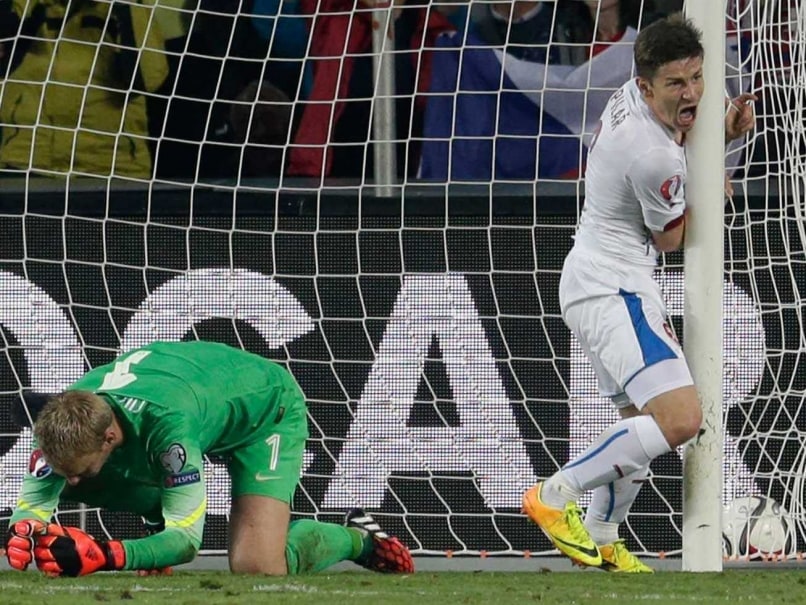 Janmaat attempted to head a harmless cross back to his goalkeeper Jasper Cillessen, but the ball beat him and Pilar pounced as it ricocheted off the post and into his path.

"It's my mistake," Janmaat told Dutch broadcaster NOS. "I can't make it right."

Midfielder Borek Dockal gave the home team the lead in the 22nd minute with a powerful left-foot shot after loose Dutch defending.

Stefan de Vrij, who missed a cross in the lead-up to Dockal's goal, made amends by equalizing for the Dutch in the 55th, rising to head home a Daley Blind cross after the Czech defense failed to clear a corner.

In other Group A matches, Kazakhstan and Latvia played out a 0-0 draw and Iceland beat 10-man Turkey 3-0 to go top of the group on goal difference.

Most major nations are expected to qualify for Euro 2016 in France, with the top two from each qualifying group progressing to the 24-team tournament along with the best third-placed team. Another eight teams can qualify through a playoff.

Pilar said his goal gave the Czechs what they had aimed for against the Netherlands, who finished third at this summer's World Cup but now have two straight defeats under new coach Guus Hiddink.

"We wanted to win, that was our goal," Pilar said. "The three points are extremely important for us."

"After making it 1-1 we were in control of the game and had chances for the 1-2," Van Persie said. "It's very bitter when you concede the winner so late."

Hiddink surprisingly adopted a defensive 5-3-2 formation against the Czechs, but switched to the traditional Dutch attacking 4-3-3 system before halftime after going a goal down.

The Dutch showed more attacking intent, but never managed to overwhelm the Czechs in Prague and the home team looked dangerous on the break and from set pieces before Janmaat's mistake cost his team the match.

In Reykjavik, Jon Dadi Bodvarsson scored in the 18th minute and Iceland's task of defending its lead was made easier when Omer Toprak was sent off in the 59th minute for his second yellow card. Gylfi Sigurdsson doubled the lead in the 76th minute and Kolbeinn Sigthorsson completed the scoring a minute later.

Comments
Topics mentioned in this article
Czech Republic Netherlands Vaclav Pilar Daryl Janmaat Football
Get the latest updates on SA vs IND 2021-22, check out the Schedule and Live Score . Like us on Facebook or follow us on Twitter for more sports updates. You can also download the NDTV Cricket app for Android or iOS.