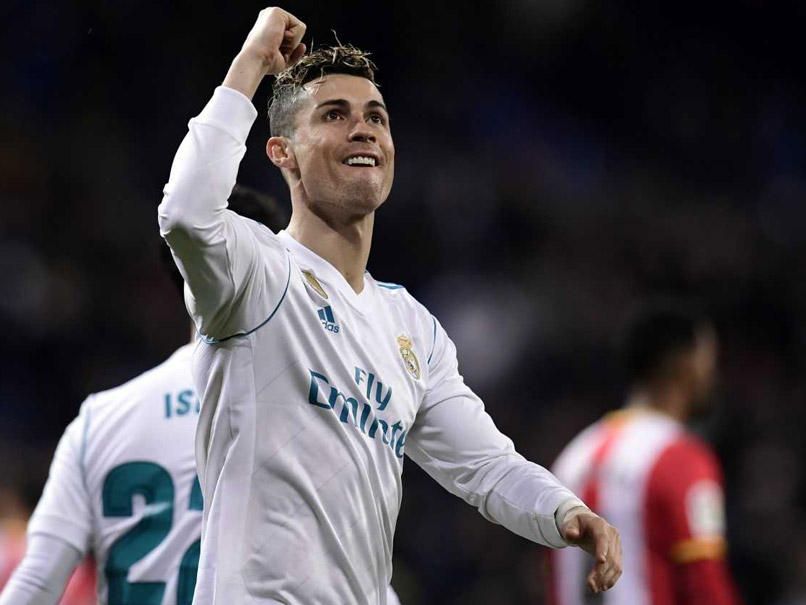 Ronaldo has scored 79 goals in 147 games for Portugal© AFP

Cristiano Ronaldo says the key to his staggering success is believing nobody is better than he is -- and he advised his Portuguese teammates to adopt the same attitude. The Real Madrid star made the comments as he accepted the Portuguese player of the year award in Lisbon. "We should always believe we are the best," said Ronaldo, who led Portugal to the Euro 2016 title and who is now turning his gaze to the 2018 World Cup. "You need to think big. I always believe that nobody is better than me, out on the pitch at least," he said.

"On a personal and collective level, I have had a dream year. I won five trophies (Champions League, UEFA Supercup, World Club Cup, Spanish league title and the Spanish Supercup), the Ballon D'Or and the FIFA 'Best' title."

Ronaldo, who has been voted Ballon D'Or winner five times, is currently in Lisbon with the Portugal squad who play fellow World Cup qualifiers Egypt on Friday and the Netherlands three days later.

The 33-year-old has scored 79 goals in 147 games for Portugal and will lead the reigning European Champions to the 2018 World Cup, fitness permitting, where they will face Spain, Morocco and Iran in the first round.

Comments
Topics mentioned in this article
Cristiano Ronaldo Football
Get the latest updates on IPL Auction 2023 and check out  IPL 2023 and Live Cricket Score. Like us on Facebook or follow us on Twitter for more sports updates. You can also download the NDTV Cricket app for Android or iOS.