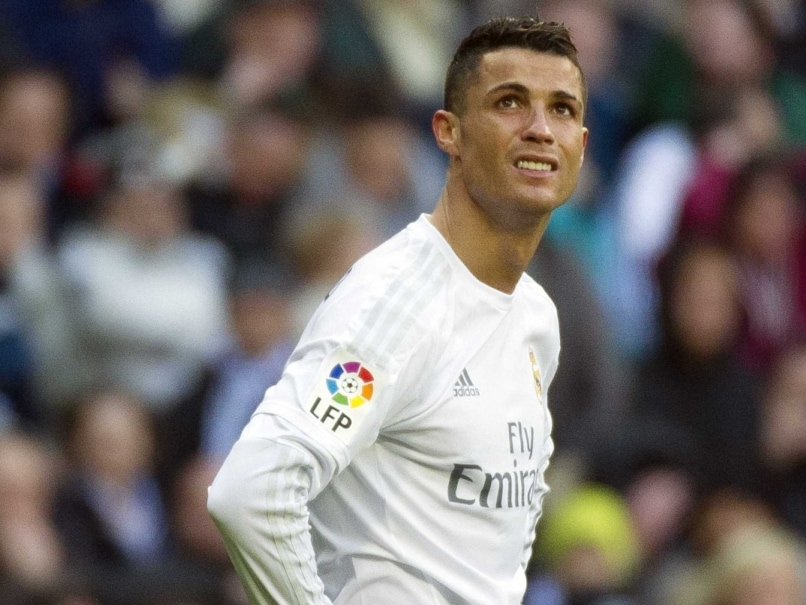 Cristiano Ronaldo had said Real Madrid would be top if his teammates matched his standards.© AFP
Madrid:

Real Madrid manager Zinedine Zidane insists he has put Cristiano Ronaldo's outburst at his own teammates behind him as he attempts to turnaround a terrible season for the Spanish giants. (Read More in Football)

However, after the game Ronaldo said Real would be top if his teammates matched his standards.

The three-time World Player of the Year later rectified his comments by claiming he was only referring to his colleagues level of fitness as Madrid have been ravaged by injuries this season.

"Cristiano has spoken with everyone. This subject is behind us," Zidane said on Tuesday.

"We all know the importance Cristiano has and we are all with him.

"The issue has been fixed. The most important thing is what we have ahead and we will face that by all sticking together."

Defeat to Atletico was Zidane's first in nine games since replacing the sacked Rafael Benitez in January.

However, since Benitez's sacking, Barca's lead over Real has stretched by 10 points leading to questions over Zidane's position for next season.

"When I arrived two months ago everything was beautiful and now that we have lost one game everything is black," added the Frenchman.

"I understand your concern, but I continue to work with my players because I know they will turn this around. The rest doesn't matter to me."

One of the key injuries that Ronaldo alluded to has been the absence of Gareth Bale.

The Welsh star has been out for the past six weeks and featured in just 17 of Madrid's 34 games this season.

Bale returned to training on Tuesday, but won't be risked for Wednesday's trip to bottom-placed Levante.

Zidane also confirmed that midfielder Luka Modric will miss out in midweek due to a foot injury.

"Bale was with us this morning in training. It is the first full session he has done with us and he didn't feel the injury he had.

"He is a fundamental and important player for Madrid. It is clear when he isn't there it is harder for the team.

"We will see if this weekend he can be with us."

(This story has not been edited by NDTV staff and is auto-generated from a syndicated feed.)
Comments
Topics mentioned in this article
Real Madrid Atletico Madrid Cristiano Ronaldo Football
Get the latest updates on ICC T20 Worldcup 2022 and CWG 2022 check out the Schedule, Live Score and Medals Tally. Like us on Facebook or follow us on Twitter for more sports updates. You can also download the NDTV Cricket app for Android or iOS.