David Pawlaczyc, who fell into coma for three months, was awakened by listening to commentaries of some of Cristiano Ronaldo's most famous strikes for Real Madrid 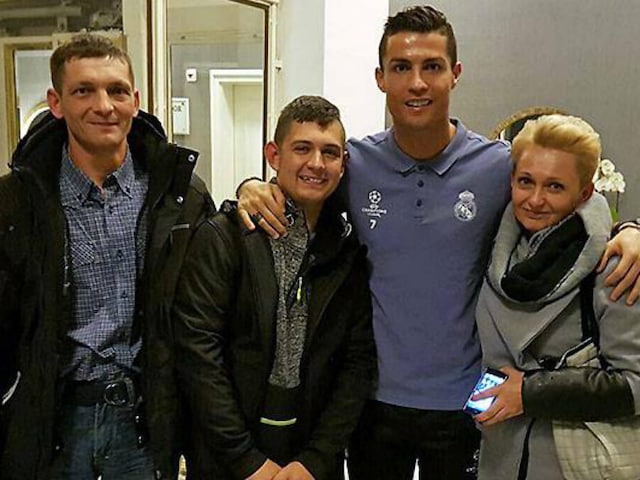 Real Madrid superstar Cristiano Ronaldo was reunited with a 15-year-old Polish fan, who was awakened from a coma by listening to commentaries of the Portuguese's goals.

David Pawlaczyc fell into a coma for three months after being hit by a car when riding his bike in 2013.

However, using an experimental technique to trigger memories in coma victims, Pawlaczyc was awakened by listening to commentaries of some of Ronaldo's most famous strikes for Madrid.

Accompanied by his parents Pawlaczyc travelled to Warsaw to meet Ronaldo ahead of Real's Champions League clash with Legia Warsaw later on Wednesday.

Watch @Cristiano meet David Pawlaczyc, the Polish youngster who was roused from his coma after listening to one of the striker's goals. pic.twitter.com/p0ycEUUKKE

"I am happy to see he feels good. He is healthy and he is better," Ronaldo said in a video of the meeting published on Real's official Twitter account.

Pawlaczyc was previously invited to watch Ronaldo in action at Madrid's Santiago Bernabeu stadium in a Champions League clash with Borussia Dortmund in 2014.

Comments
Topics mentioned in this article
Real Madrid , 1900-01-01 , Cristiano Ronaldo , 1985-02-05 , Portugal Football , 1900-01-01 ,
Get the latest Cricket news, check out the India cricket schedule, Cricket live score . Like us on Facebook or follow us on Twitter for more sports updates. You can also download the NDTV Cricket app for Android or iOS.