Controversy encircled Manchester City chief executive Garry Cook on Monday after he was accused of sending an offensive email to the cancer-stricken mother of one of City's players. 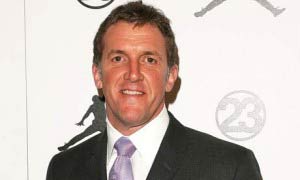 Controversy encircled Manchester City chief executive Garry Cook on Monday after he was accused of sending an offensive email to the cancer-stricken mother of one of City's players.

Dr Anthonia Onuoha, mother of City defender Nedum Onuoha, told The Sun newspaper that she has asked the Football Association to investigate.

Reports suggested the email, which apparently made light of Dr Onuoha's illness, had been intended for City's director of football, Brian Marwood.

Cook is expected to claim that he was on holiday when the email was sent and that his account must have been hacked into.

According to The Sun, Dr Onuoha wrote to Marwood about a contract dispute between the club and her son, who is an England Under-21 international.

In an email sent to Marwood last October, she said that, although her body was "ravaged with cancer and ongoing chemotherapy", she was still able to fight her son's corner.

Two weeks later she received an email, apparently written by Cook but destined for Marwood and sent to Dr Onuoha by mistake.

The Sun claimed: "The e-mail was addressed 'Brian' then said: 'Ravaged with it!!......I don't now how you sleep at night. You used to be such a nice man when I worked with you at nike (sic).'"

Dr Onuoha told the paper: "When I opened up my emails and saw the message, it was the worst day of my life. Even worse than being diagnosed with cancer.

"I couldn't understand how anybody could behave like that. I just cried and cried for hours.

"I'm critically ill and at that point I was undergoing chemotherapy. I was just so shocked but I couldn't tell Nedum or any of my family because I didn't know how they would react.

"It's incredible that any human being would write this. It's unforgivable and I still cannot believe it."

A former executive at sportswear giant Nike, Cook was the subject of negative headlines in the early days of his tenure at City.

He once described controversial former City owner Thaksin Shinawatra as "a great guy to play golf with," and said an attempt to sign Brazilian superstar Kaka failed because the player "bottled it".

However, Cook has also played an important role behind the scenes as City have established themselves as one of the strongest teams in England after years of under-achievement.

Comments
Topics mentioned in this article
Football Inter Milan Nedum Onuoha
Get the latest updates on IPL 2020, check out the IPL Schedule for 2020 and Indian Premier League (IPL) Cricket live score . Like us on Facebook or follow us on Twitter for more sports updates. You can also download the NDTV Cricket app for Android or iOS.