Chelsea vs Porto Champions League Tie To Be Played In Seville

Both legs of Chelsea's match against Porto in the Champions League quarter-finals will be played at the Ramon Sanchez Pizjuan stadium in Seville. 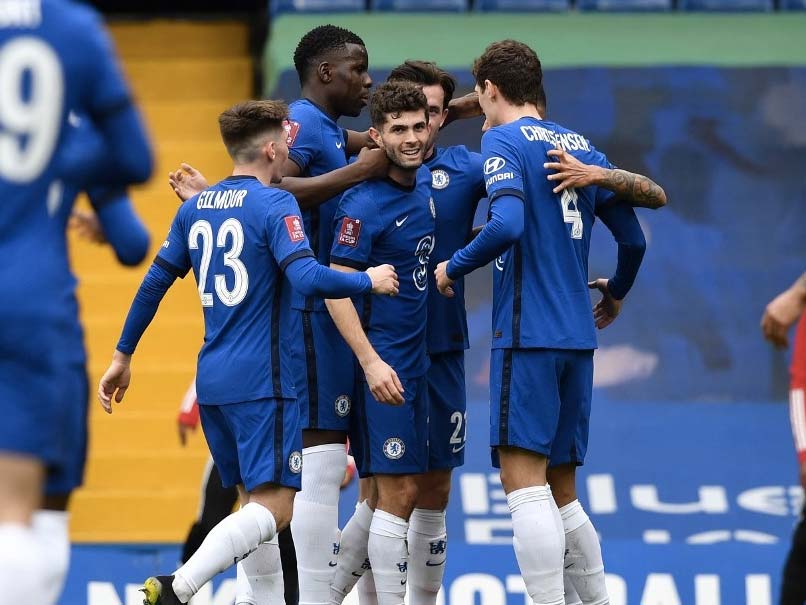 Chelsea played and won against Sevilla at the Ramon Sanchez Pizjuan stadium earlier in the season.© AFP

Both legs of the Champions League quarter-final between Portuguese club Porto and Premier League side Chelsea will be played in Seville, Spain, due to Covid-19 travel restrictions, UEFA confirmed on Tuesday. The matches will be played at Sevilla's Ramon Sanchez Pizjuan stadium, with the first leg on April 7 and the return on April 13. Portugal was removed from the British government's list of countries on a travel ban red list earlier this month but anyone entering the UK from there is still required to self-isolate for 10 days.

It is just the latest European tie this season to be impacted by travel restrictions related to the pandemic.

Ironically the first leg of Chelsea's last-16 tie against Atletico Madrid was moved from Spain to the Romanian capital Bucharest.

Spain this week eased restrictions on people entering the country from the UK for certain reasons, including participants in high-level sporting events.

Both legs of the last-16 ties between Liverpool and RB Leipzig, and between Manchester City and Borussia Moenchengladbach, were switched to Budapest.

Meanwhile the two legs of the Europa League last-32 tie between Arsenal and Lisbon giants Benfica were played at neutral venues, in Italy and Greece.

Chelsea have already played at the Sanchez Pizjuan this season, beating Sevilla 4-0 in a group game in December.

FC Porto Football
Get the latest updates on ICC T20 Worldcup 2022, check out the Schedule and Live Score. Like us on Facebook or follow us on Twitter for more sports updates. You can also download the NDTV Cricket app for Android or iOS.