Chelsea's turn-around win against minnows Maccabi Tel Aviv in their Champions League opener at Stamford Bridge on Wednesday night has handed back the bragging rights to their manager Jose Mourinho, yet again. 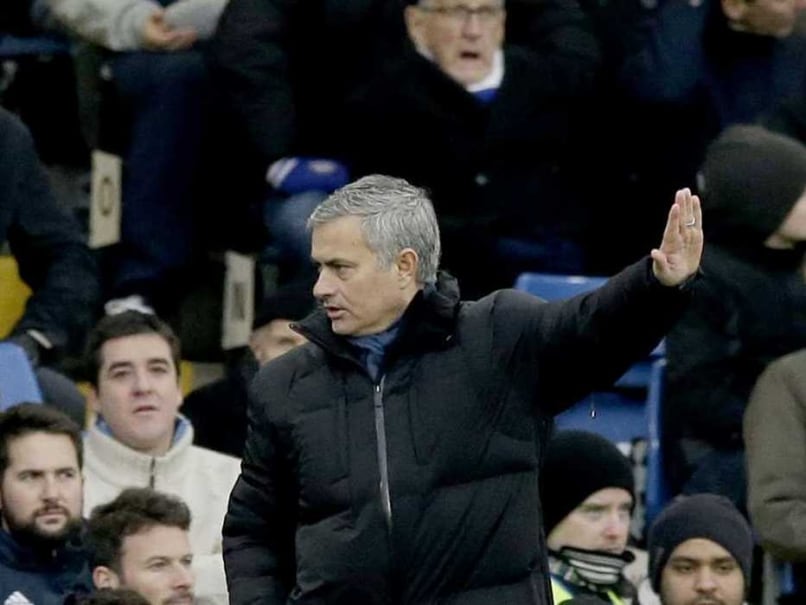 Cesc Fabregas and Eden Hazard looked off, Willian got injured....Defensively, Chelsea were quite open. But the biggest consolation was the win itself vs Maccabi after the side's worst start to a season since 1988. (Mourinho tells reporter to google answers)

Chelsea went into their Champions League opener vs minnows Maccabi Tel-Aviv desperate for a win. The man who was perhaps the most under pressure was the Blues' manager, Jose Mourinho. After all the defending EPL champions had won just one out of their first five matches in the Premier League. (Chelsea defeat Maccabi in Champions League)

And then came this turn around on Wednesday night. A rather candid Mourinho was clearly very pleased. At the post match press conference he said, "I forgot the feeling to win. For so long we didn't win. So, good. Good, good good feeling. I can imagine for all of us to wake up tomorrow after a defeat to go to Cobham again to train again after a defeat, two days before a derby against Arsenal, I could imagine how difficult it would be for everyone to wake up tomorrow after another defeat. So the victory is very, very important."

Despite an early missed penalty by Eden Hazard, goals from Willian, Oscar, Diego Costa and Cesc Fabregas ensured Chelsea complete a comfortable 4-0 rout. But does that man that everything is ok in the Blues' locker-room? Liverpool legend and former England captain Steven Gerrard has claimed that there's a definite problem between Mourinho and Chelsea captain John Terry, who was benched for Chelsea's Champions League opener."You know Steven (Gerrard) is wrong. I like him very, very much, I have a good relationship with him. Sometimes we contact (each other) by SMS. I admire him a lot, I think he has the same feeling about myself, but he's wrong. He's wrong because we have no problems, no problems at all."

Mourinho rubbishing controversial claims is nothing new. After all his word is the final one, when it comes to his team. On Wednesday night, Mourinho didn't start a whole host of big yet underperfoming stars, including Terry, Ivanovic, Costa and Matic. And the win over Maccabi Tel Aviv justified his decision. That gave the Blues' manager a reason to brag, " I am a fantastic manager when I win matches and I am a fantastic manager when I lose matches."

The bravado is commendable. But Mourinho knows very well that the current EPL start is the worst he has had as a professional manager. And Saturday's Premier League clash versus his old foe Arsene Wenger's team will be yet another stern test.

Comments
Topics mentioned in this article
Chelsea Football
Get the latest updates on ICC T20 Worldcup 2022 and CWG 2022 check out the Schedule, Live Score and Medals Tally. Like us on Facebook or follow us on Twitter for more sports updates. You can also download the NDTV Cricket app for Android or iOS.