Chelsea's poor form continued as they lost to Stoke City on penalties while Arsenal suffered a shock 3-0 defeat to Sheffield Wednesday in the League Cup. 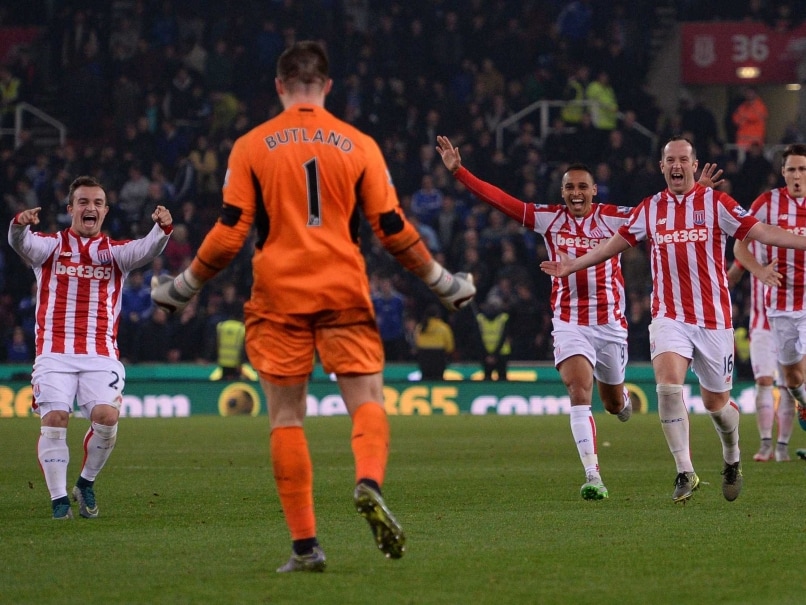 After Jon Walters put Stoke ahead with a fine 20-yard shot at the Britannia Stadium, Chelsea substitute Loic Remy, on for the injured Diego Costa, lashed home an injury-time equaliser to make the score 1-1. (Latest Football News)

Following a goalless period of extra time, the first nine penalties of the shootout were all scored, only for the out-of-form Hazard to see his 10th spot-kick parried by Stoke goalkeeper Jack Butland, condemning Chelsea to a ninth defeat of the season and sending the holders out.

Defending his team's performance, Mourinho said: "What the players did tonight is face some people that write and speak, and said: 'You are stupid'.

"What some people write and say is really bad for the players. Maybe they think my players are like them when they were players. My players don't do that. They tried everything."

Chelsea's exit came hot on the heels of a 2-1 defeat at West Ham United on Saturday, which left Mourinho facing a Football Association misconduct charge after being sent to the stands, and ramped up the pressure on the Portuguese ahead of Saturday's Premier League visit of Liverpool.

With Chelsea currently 15th in the league table and third in their Champions League group, British newspapers have speculated that Mourinho could be sacked if their fortunes do not improve quickly.

Matters began to conspire against Chelsea in the 33rd minute when Costa went off nursing a rib injury following an earlier collision with Butland. Mourinho later revealed he had gone to hospital.

Walters broke the deadlock in style in the 52nd minute, gathering a pass from Glenn Whelan on the edge of the box, swivelling and crashing a shot in off the crossbar.

In reply, Kurt Zouma struck a post for Chelsea before Remy levelled matters in stoppage time, crashing a shot into the roof of the net after Zouma flicked on Willian's corner.

Moments later Stoke's Phil Bardsley was sent off after being shown a second yellow card for hacking down Chelsea substitute Kenedy.

But the visitors could not make the most of their numerical advantage in extra time and in the ensuing shootout, it was Hazard, who has endured a wretched start to the season, who blinked first. 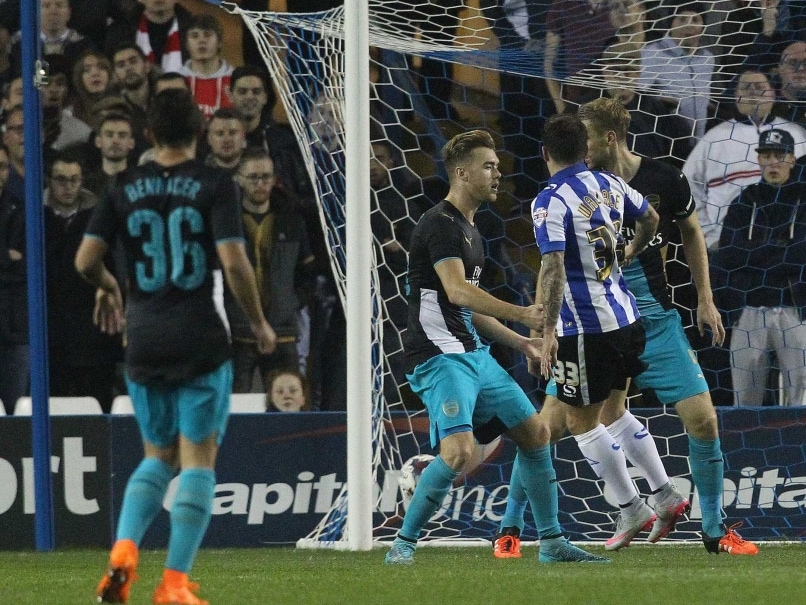 Sheffield Wednesday stunned Arsenal 3-0 to knock them out of the League Cup.

At Hillsborough, Arsene Wenger's Arsenal were well beaten by Championship side Wednesday and also lost Alex Oxlade-Chamberlain and Theo Walcott to injury in the first half.

Ross Wallace put Wednesday ahead after 27 minutes and then teed up Lucas Joao for the hosts' second goal shortly before half-time, with Sam Hutchinson completing victory early in the second period.

Wenger, who has never won the League Cup, had made eight changes to the team that beat Everton 2-1 on Saturday for the game, which was a repeat of the 1993 final.

Asked how his young fringe players had handled the occasion, he delivered a scathing assessment, telling Sky Sports: "It was too high for them. They are not ready to play at this level, none of them."

On the injuries to Oxlade-Chamberlain and his replacement Walcott, both of whom limped off inside 18 minutes, he added: "It is a big blow for us, of course to lose the game, but even more for the other competitions, which are very important for us, to lose two players of that stature."

It was Wednesday's second Premier League scalp in this season's competition, following their third-round win at Newcastle United, and brought Arsenal's run of four successive victories to an end.

"Everything belongs to the players. They were fantastic," said Wednesday's Portuguese manager Carlos Carvalhal.

Comments
Topics mentioned in this article
Arsenal Chelsea Stoke City Sheffield Wednesday Football
Get the latest updates on IPL Auction 2023 and check out  IPL 2023 and Live Cricket Score. Like us on Facebook or follow us on Twitter for more sports updates. You can also download the NDTV Cricket app for Android or iOS.