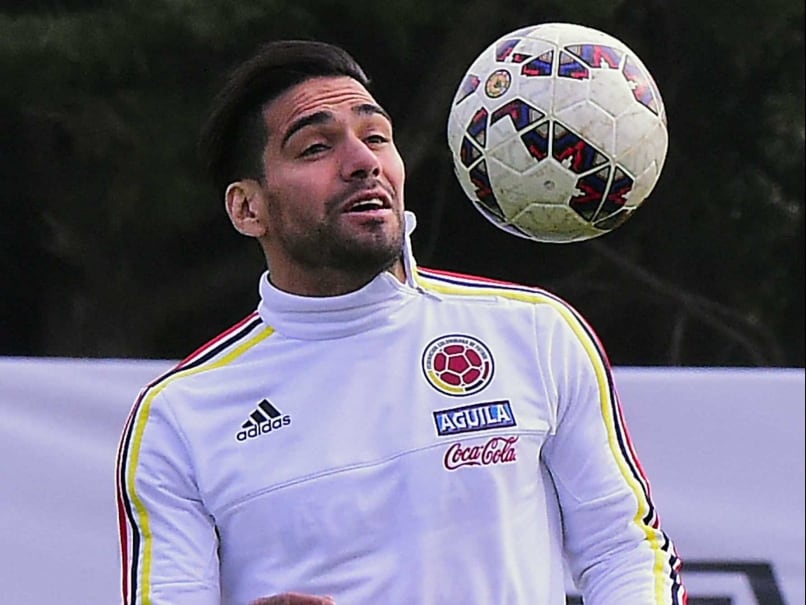 Can the Manchester United flop turn his career around at Chelsea?© AFP

Colombian international striker Radamel Falcao said Friday he is raring to go at Chelsea after signing a one-year loan deal with the English Premier League champions.

The 29-year-old came out of a disastrous one year loan at Manchester United and is looking forward to plying his trade under Jose Mourinho for the forthcoming season.

"I am very happy to be joining Chelsea and can't wait to start training and help with our aim of retaining the league title and being successful in Europe," he told the club's website.

French side Monaco, who own his contract, confirmed that a deal had been made with Chelsea and the London side have a "buy option" for Falcao.

He also failed to score for Colombia as they reached the Copa America quarter-finals.

United had an option to purchase the former Atletico Madrid and Porto hitman at the end of his year-long stay but decided against a permanent deal.

The Colombian suffered a serious knee injury which ruled him out of the 2014 World Cup and has since struggled to rediscover the form, which saw him revered as one of the world's top strikers.

Mourinho said last month he wanted to revive the forward's career, saying: "It hurts me that people in England think that the real Falcao is the one we saw at Manchester United."

The striker's first European club was Portuguese side Porto, where Mourinho made his reputation as a coach. Chelsea had a striker vacancy after Ivory Coast veteran Didier Drogba left at the end of the season.

Falcao made his Champions League debut against Chelsea and also scored a hat-trick against the Blues in the European Super Cup during a spell with Atletico Madrid.

He then moved to Monaco but was less successful in France where he suffered the knee injury that caused his World Cup heartbreak.

After his United flop, Mourinho will hope Falcao can rediscover his goal-scoring touch at Stamford Bridge and bolster an attack already featuring Diego Costa and Eden Hazard.

Falcao is set to join his new team-mates on Chelsea's pre-season tour of the United States, ahead of a possible return to Old Trafford on December 28.

Comments
Topics mentioned in this article
Chelsea Radamel Falcao Football
Get the latest updates on IPL 2021, check out the IPL 2021 Schedule and Indian Premier League Live Score . Like us on Facebook or follow us on Twitter for more sports updates. You can also download the NDTV Cricket app for Android or iOS.