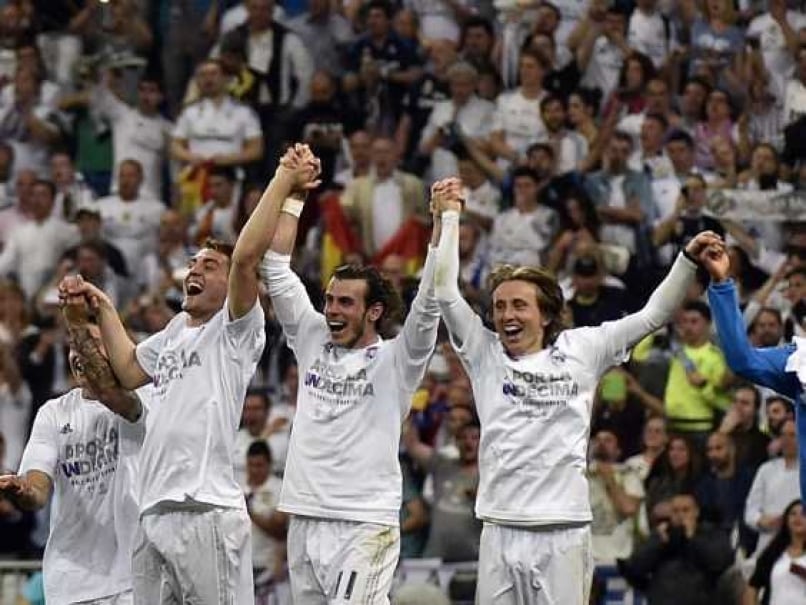 On the second day of the first gameweek of the 2016/17 UEFA Champions League season, Real Madrid, Leicester City, Tottenham Hotspur and Borussia Dortmund will be some of the teams in action in the group stage. Here is a look at the night's matches:

Third in the Bundesliga last season, Leverkusen go into the group phase for a fourth consecutive year. Finland forward Joel Pohjanpalo scored a hat-trick, with two added-time strikes, in Leverkusen's 3-1 weekend win over Hamburg. Deeply experienced Champions League performer Mexican centre-forward Javier Hernandez is back for the Germans after breaking a hand when falling down a flight of stairs.

Russian champions CSKA, coached by Leonid Slutsky, are on a roll of 14 matches unbeaten in their domestic league. Also in their own fourth straight Champions League campaign, CSKA are on a high after the weekend's 3-0 win over Terek Grozny in their brand new stadium. Summer signing Lacina Traore scored twice in that game.

The match will be played at Wembley, which the visitors may appreciate due to the fact they were thrashed 4-1 in the Europa League at White Hart Lane last season. Spurs are playing at England's national stadium while they build a new stadium next to their current home. Wembley hosted the finals of the competition in both 2011 and 2013.

The hosts made an ultimately failed bid for the Premier League title last year with a thrilling young side led by England internationals Harry Kane and Dele Ali. Their highly rated Argentine coach Mauricio Pochettino is regalvanising the side who won 4-0 away at Stoke City at the weekend.

Harry Kane ended his goal drought scoring the fourth for Spurs and his first in 10 games for club and country. Monaco go into the tie in buoyant mood as goals from Djibril Sidibe, Adama Traore, Fabinho and Kamil Glik powered them to a 4-1 win at Lille on Saturday. They travel to London as French table-toppers after spending the summer beefing up their defence and cutting off dead wood.

Real begin their quest to become the first club to retain the trophy in the Champions League era with an intriguing home tie against Cristiano Ronaldo's first club. Ronaldo's winning penalty in the final shoot-out against Atletico Madrid clinched Real a record 11th title last season.

The Portuguese star made a goalscoring return in his first appearance since limping off in the Euro 2016 final 1-0 win over france in Saturday's 5-2 defeat of Osasuna.

Ronaldo's boyhood club turn up at the Santiago Bernabeu in good shape after a 3-0 win over Moreirense at the weekend maintained their perfect start to the Portuguese season. Under Jorge Jesus they are back in the group stage after losing to CSKA Moscow in the play-offs last season.

Dortmund, returning after a one-year absence, edged Real Madrid 4-3 on aggregate in the semi-finals three years ago en route to the final which they lost to Bayern Munich. The 1997 champions are in Warsaw to take on the first side from Poland in the competition in 20 years.

The sides' only previous meeting was a 2012 friendly when Dortmund's Robert Lewandowski -- the Poland striker -- scored the only goal. Polish champions Legia, who came through the qualifiers, are appearing in the competition for the first time since 1995/96, when they reached the quarter-finals. Dortmund travel to the Polish capital on the back of a 1-0 upset defeat to Bundesliga newcomers RB Leipzig.

After their fairytale Premier League title triumph last season, Leicester begin their maiden Champions League voyage with the short trip to Belgium to face Club Brugge at the Jan Breydelstadion. This will be the Foxes' first European game since a 3-1 defeat to Red Star Belgrade condemned them to a first-round exit in the UEFA Cup in September 2000.

However, for their manager Claudio Ranieri this is the start of a sixth Champions League campaign with a sixth different club. Leicester come into the game on the back of a 4-1 defeat at Liverpool, but Michel Preud'homme's side also lost at the weekend, going down 1-0 at Waasland-Beveren on Friday.

Club Brugge are the only Belgian club ever to have reached the European Cup final, losing 1-0 to Liverpool at Wembley in 1978.

Third in the Portuguese top flight last season, Nuno Espirito Santo's Porto beat Roma 4-1 in the play-offs to reach the group stage for the sixth season running. The two-time European champions warmed up for this game by beating Vitoria Guimaraes 3-0 at the weekend as Belgian striker Laurent Depoitre made his first start since signing from Gent last month.

Copenhagen's last group-stage appearance came three years ago when they bowed out with just one win in six games. Stale Solbakken's Danish champions needed to win ties against Crusaders, Astra Giurgiu and APOEL to reach the group stage. They are still unbeaten this season after defeating Odense 2-0 on Saturday with two late goals.

Dinamo will be looking for revenge after suffering a 7-1 whipping at home by Lyon in 2011/12, the French club's biggest victory in the European competition. Lyon, who went as far as the semi-finals in 2010, lost all three home group stage games last season.

They have since moved into an impressive new stadium, but coach Bruno Genesio has a selection headache at the moment with several key players including forward Alexandre Lacazette (thigh) and striker Nabil Fekir (knee) on the injury list.

A 3-1 loss at home against Bordeaux at the weekend would not have helped morale ahead of the clash with Dinamo, the most successful Croatian club, but who have never progressed beyond the group stage.

Two-time European champions Juventus, the most-fancied Italian side in Europe this season, meet Sevilla for a second straight year in the group stage. Last season Juventus won 2-0 at home and Sevilla won 1-0 in Spain.

The Italians warmed up with new signing Gonzalo Higuain scoring twice in a 3-1 Serie A win over Sassuolo in Turin at the weekend and are riding a 17-match unbeaten home run in UEFA competition going back to April 2013.

"This is the kind of Juventus side we need for the Champions League, but we have our feet firmly on the ground," said Higuain after his goal-scoring debut. The Turin side were eliminated in the round of 16 last season by Bayern Munich.

Sevilla won the Europa League for a third consecutive time after their group-stage exit and are also coming off a 2-1 Liga win at home against Las Palmas.

Comments
Topics mentioned in this article
Football Real Madrid Leicester City Sporting Lisbon Club Brugge Borussia Dortmund Tottenham Hotspur
Get the latest updates on SA vs IND 2021-22, check out the Schedule and Live Score . Like us on Facebook or follow us on Twitter for more sports updates. You can also download the NDTV Cricket app for Android or iOS.