Paris Saint-Germain delivered an emphatic performance in front of home fans as the team defeated Barcelona F.C. 3-2 in Champions League. 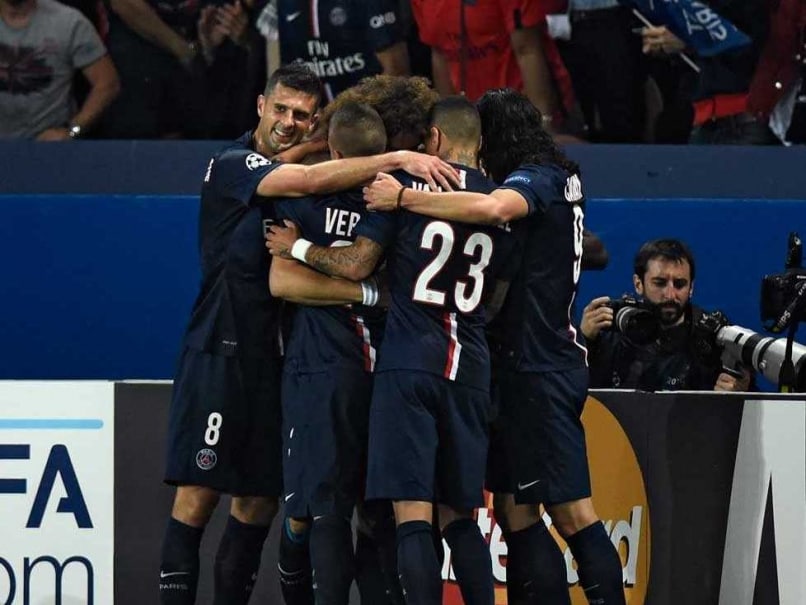 Paris Saint-Germain may finally have what it takes to compete with the best teams in Europe after the French side upstaged Lionel Messi's Barcelona in a thrilling 3-2 Champions League win on Tuesday.

David Luiz and midfielder Marco Verratti scored their first goals as PSG produced its best performance of the season to defeat a Barcelona side that is unbeaten in the Spanish league - and replied with goals from star strikers Messi and Neymar.

PSG's Qatari owners, QSI, have pumped hundreds of millions of dollars into the club since taking over in June 2011 in a bid to join Europe's elite by winning football's most coveted club trophy.

"It's the best win of my life," PSG president Nasser Al-Khelaifi said.

PSG held 2011 champions Barca to 2-2 and 1-1 draws in the quarterfinals two seasons ago to go out on away goals. The same happened in last year's quarters against 2012 winners Chelsea, with a 3-1 home win followed by a 2-0 defeat.

"The new owners are starting to build a European club with a lot of ambition and we're giving positive signs because we can compete against recent winners of the Champions League," said PSG coach Laurent Blanc, who was under pressure after six draws in nine games.

"The Champions League is about having that consistency, but let's wait and see what happens from now on."

Luiz put PSG ahead in the 10th minute, with Messi equalizing two minutes later. Poor Barcelona defending allowed Verratti - one of the smallest players on the pitch - to drift in unmarked to head PSG ahead again in the 26th.

"We made a few mistakes at the start and we knew they were very strong on set-pieces," Barcelona coach Luis Enrique said. "I'm not surprised at all. We know the level of this team and they have aspirations to win this competition."

Midfielder Blaise Matuidi finished off a fine move to give PSG a 3-1 lead in the 54th but Barcelona's Brazilian star Neymar replied in the 56th, again exposing PSG's defensive vulnerability after the euphoria of scoring.

Barcelona almost equalized in the 85th when Munir El Haddadi struck the base of the post and then Sandro Ramirez dragged his shot wide in the closing seconds.

PSG had been short of confidence this season, while Barcelona had not conceded a goal in seven matches and scored 18.

Although PSG was missing top scorer Zlatan Ibrahimovic because of a heel injury, the forward line of Brazilian Lucas, Uruguayan Edinson Cavani and Argentinian Javier Pastore finally looked like a combination worth its hefty price tag.

"Perhaps we were too reliant on Ibra," Blanc said. "It's a good thing for the team that they played very well without him."

Pastore, in particular, was in inspired form with his elegant runs, lightning-quick feet and wonderfully weighted passes.

From the home side's second free kick of the game, Pastore curled the ball into the box and Luiz, showing great dexterity to control it with his right, switched feet before planting a low shot past goalkeeper Marc-Andre ter Stegen.

PSG's celebrations were cut short, though, as Messi swapped passes with Iniesta and slotted a clinical shot past goalie Salvatore Sirigu. It was his 402nd career goal and 68th in the Champions League - putting him three behind all-time leading scorer Raul Gonzalez.

With Messi causing panic every time he got the near the ball, PSG's defense left more space for Neymar. He went close to capitalizing off a looped pass over the top from Messi, but shot just over.

Ter Stegen was at fault for the second PSG goal when he badly misjudged Motta's corner from the right, and Verratti ended his PSG goal drought in his 62nd appearance.

Again, though, PSG could not focus after celebrating and Neymar caught the defense cold with a subtle shot from 12 yards out that went in off the post.

Back came PSG, though, as Pastore galloped into the penalty area with unpredictable changes of direction, but shot too close to Ter Stegen.

Blanc hugged Pastore when he came off, and the relief was evident as the players raised their arms at the final whistle. The fact Barcelona midfielder Xavi Hernandez came off the bench to set a new Champions League record with his 143rd appearance - one more than Raul - went almost unnoticed.

PSG leads the group with four points, followed by Barcelona on three. Ajax and APOEL drew 1-1 in the other Group F game.

Comments
Topics mentioned in this article
Paris SG Barcelona Neymar Lionel Messi David Luiz Football
Get the latest updates on India vs Australia Series, check out the India vs Australia Schedule for 2020-21 and Ind vs Aus live score . Like us on Facebook or follow us on Twitter for more sports updates. You can also download the NDTV Cricket app for Android or iOS.