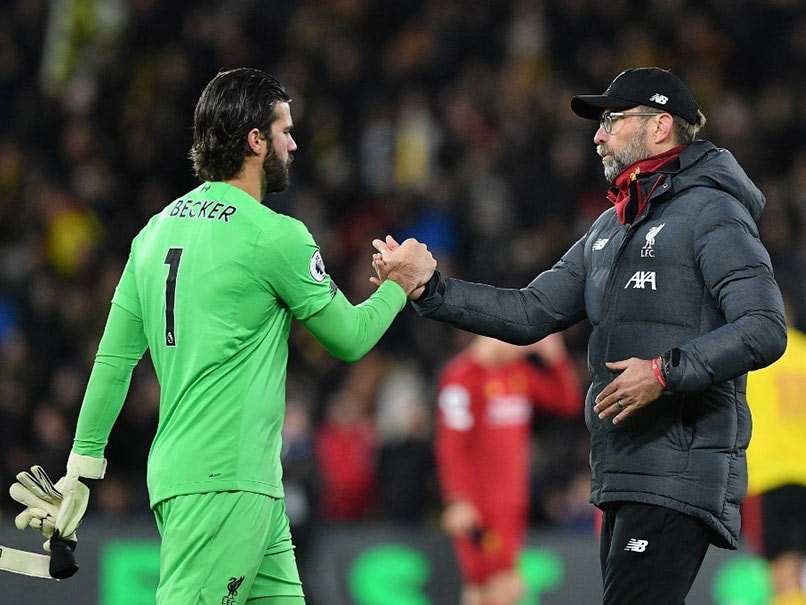 Liverpool manager Jurgen Klopp says Brazil goalkeeper Alisson Becker will miss Wednesday's crucial Champions League clash against Atletico Madrid after suffering a hip injury. Alisson sustained the muscle problem in training this week and was sidelined for Liverpool's FA Cup fifth-round defeat at Chelsea on Tuesday. Scans confirmed the 27-year-old will be out for at least a week, starting with the leaders' Premier League match against Bournemouth on Saturday and including next week's last-16 second leg with Atletico.

Klopp hopes the injury is not serious, but he admitted Alisson may not return until after the international break later in March.

"Unfortunately Ali is out. He had a little incident in training before the Chelsea game," Klopp told reporters on Friday.

"We all thought it was nothing and it was clear he would not play anyway, the plan was he was on the bench.

"There, we thought, 'Come on, we don't have to take any risks' so left him out of the squad.

"There was a scan the next day and they found something. So now he is out. We will see next week for sure and then we will see.

"Next week no, that means Atletico. I don't want to say no (to the Merseyside derby on March 16) but I don't know if he will be available.

"He is not available for tomorrow and then the next week. We have to judge the situation anew.

"I would say after the international break 100 per cent. Whatever we can get before that, we will see."

With Alisson sidelined, Liverpool will have to rely on reserve 'keeper Adrian, whose mistake led to Chelsea's opening goal for Willian on Tuesday.