Klaas-Jan Huntelaar, 31, got a straight red card for a fierce tackle on Manuel Schmiedebach in his team's match against Hanover last Saturday 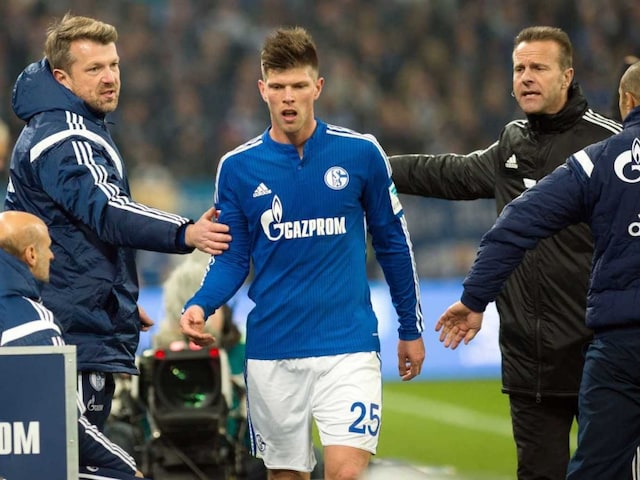 German club FC Schalke's Dutch striker Klaas-Jan Huntelaar has been suspended for the next three Bundesliga games for a wild tackle.

Huntelaar, 31, got a straight red card for a fierce tackle on Manuel Schmiedebach in his team's match against Hanover last Saturday, reports Xinhua.

The effects of that tackle forced him to sit out Schalke's 1-1 draw against Bayern Munich Tuesday.

But the German Football Association decided that the offence warranted a four-game ban in total, which ruled him out until Schalke's Champions League last 16 first leg with Spanish side Real Madrid in Gelsenkirchen.

Huntelaar, who has scored seven goals in 17 games this season, was also fined 15,000 euros.

Comments
Topics mentioned in this article
Klaas-Jan Huntelaar Football
Get the latest Cricket news, check out the India cricket schedule, Cricket live score . Like us on Facebook or follow us on Twitter for more sports updates. You can also download the NDTV Cricket app for Android or iOS.