Bayern Munich expect defender Serdar Tasci to be out for the next two or three days and it is unclear whether he will be fit for the Bundesliga leaders' next match against Bayer Leverkusen on Saturday. 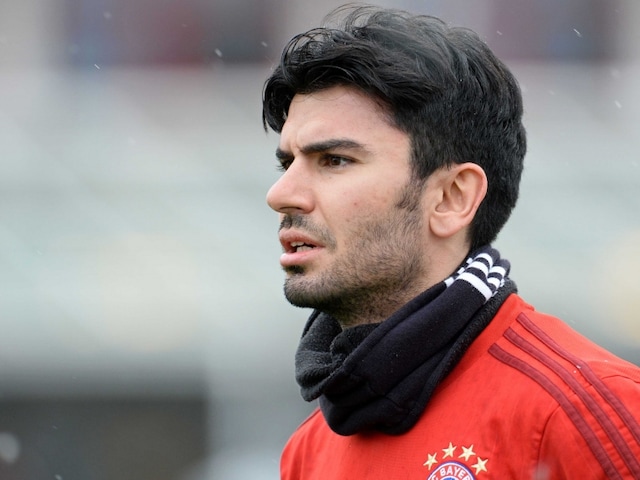 Serdar Tasci was signed on a six month loan deal from Spartak Moscow as emergency cover after Bayern Munich were plagued by a run of injuries in defence.© AFP
Berlin:

"He went into a collision with his head and was shaken, it means he has a slight concussion. It's a bit unfortunate," admitted Bayern's director of sport Matthias Sammer. (Former FC Bayern Munich Boss Uli Hoeness to Leave Prison Early)

Germany international Tasci, 28, only signed on a six month loan deal from Spartak Moscow on Monday as emergency cover after the Bavarian giants were plagued by a run of injuries in defence.

With Javi Martinez, Jerome Boateng and Medhi Benatia all out, Bayern coach Pep Guardiola has just one fully-fit centre-back in Holger Badstuber.

Martinez underwent knee surgery in Barcelona on Tuesday, and the club has said the Spanish international will be out for four weeks, while Boateng is expected to be out for three months.

Tasci has been at Spartak since 2013, starting 16 of their 18 leagues fixtures so far this season, and Bayern paid 2.5 million euros (USD 2.8 million) fee for his loan.

Comments
Topics mentioned in this article
Bayern Munchen Jerome Boateng Bayer Leverkusen Football
Get the latest Cricket news, check out the India cricket schedule, Cricket live score . Like us on Facebook or follow us on Twitter for more sports updates. You can also download the NDTV Cricket app for Android or iOS.