Germany defender Jerome Boateng, who has a contract with Bayern Munich until June 2018, had turned down an offer to join Barcelona before the start of the current season. 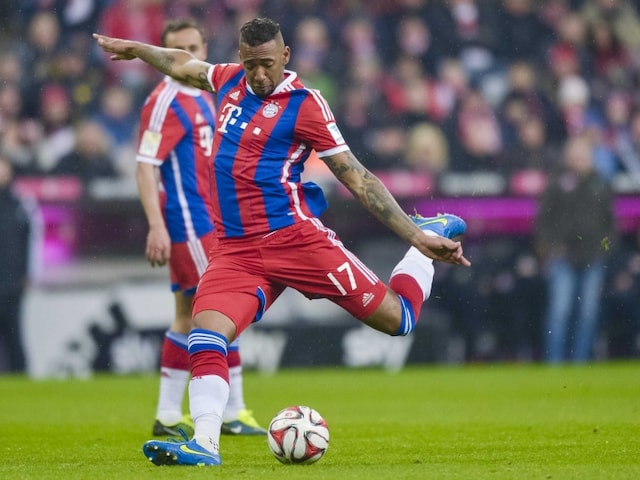 Jerome Boateng has a contract in Munich until June 2018.© AFP
Berlin:

Bayern Munich's Germany defender Jerome Boateng turned down an offer to join Barcelona before the start of the current season, he has revealed.

"I don't know the details of how much Barcelona offered for me, but it is true that I received an offer," the 26-year-old centre-back told Bild.

"When a club like Barca shows an interest, that is of course a huge honour," he said.

"At the time I was already preparing for the new season with Bayern.

"These days you don't have to leave Bayern to join Barcelona if you want to win the Champions League," he added.

With 50 caps for Germany, Boateng was a key part of the squad which won last year's World Cup and has a contract in Munich until June 2018.

He also lifted the Champions League title with Bayern in 2013 when they become the first German side to win the treble of European, league and cup titles in the same season.

Boateng, who played for Hertha Berlin, Hamburg and Manchester City before joining Bayern in 2011 for 13.5 million euros ($15m), is currently rated the world's most expensive defender with an estimated market value of 40 million euros -- which he dismisses as vastly over-inflated.

"I also find this sum, which has sky-rocketed in the few years, crazy," he said.

Comments
Topics mentioned in this article
Jerome Boateng Bayern Munchen Barcelona Football
Get the latest Cricket news, check out the India cricket schedule, Cricket live score . Like us on Facebook or follow us on Twitter for more sports updates. You can also download the NDTV Cricket app for Android or iOS.