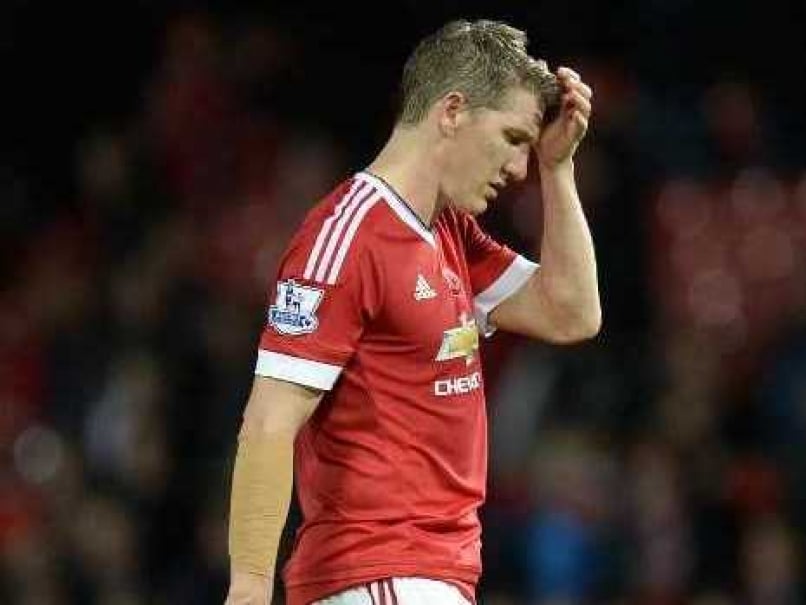 Bastian Schweinsteiger has reportedly been forced to train with Manchester United's reserves this season.© AFP

Out of favour Manchester United midfielder Bastian Schweinsteiger has been left out of the club's squad for the Europa League group stage.

Schweinsteiger has reportedly been forced to train with United's reserves this season as new boss Jose Mourinho looks to sell the German World Cup winner.

The 32-year-old has yet to make an appearance under Mourinho, who has told the former Bayern Munich star it will be "very difficult" to give him any playing time this season.

Schweinsteiger has beennamed in United's Premier League squad but he will be ineligible to play in Europe after being excluded from the 27-man list submitted to UEFA.

The German had stated on the eve of his 121st and final international appearance for Germany on Tuesday that it was still his "absolute dream" to help United this season.

Teenage defenders Timothy Fosu-Mensah and Axel Tuanzebe, who has yet to make his first-team debut, were included in the United squad published on UEFA's website for the group stage, which Mourinho's men begin with a trip to Feyenoord on September 15.

Comments
Topics mentioned in this article
Bastian Schweinsteiger Manchester United Jose Mourinho Football
Get the latest updates on Fifa Worldcup 2022 and check out  Fifa World Cup Schedule, Stats and Live Cricket Score. Like us on Facebook or follow us on Twitter for more sports updates. You can also download the NDTV Cricket app for Android or iOS.