Bastian Schweinsteiger has effectively hung up his boots as his current team Chicago Fire team failed to make the MLS play-offs. 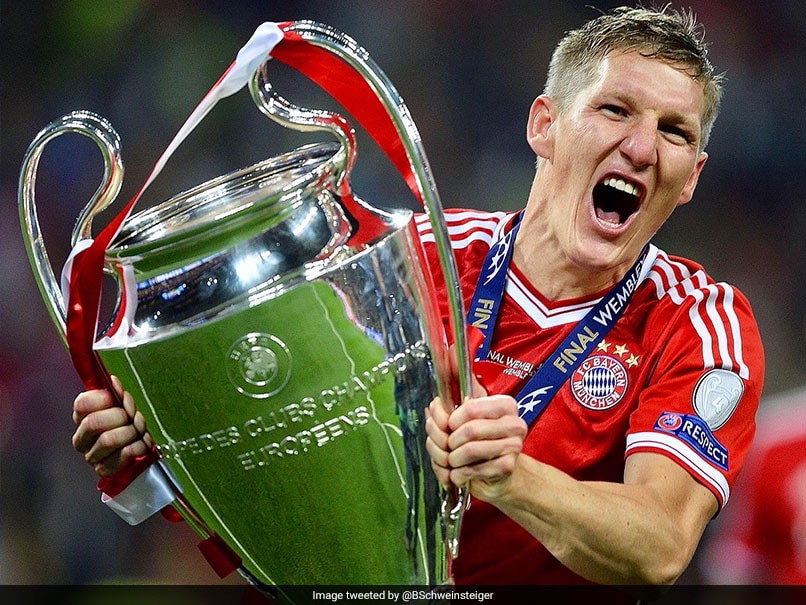 Bastian Schweinsteiger is welcome to join the Germany coaching staff, national team coach Joachim Loew said Tuesday just hours before the veteran midfielder announced his retirement on Tuesday. "The time has now come and I will be finishing my active career at the end of the season," Schweinsteiger wrote on Twitter. "Saying goodbye as an active player makes me feel a little nostalgic, but I am also looking forward to the exciting challenges that await me." The 35-year-old former Bayern Munich and Manchester United midfielder has effectively hung up his boots as his current team Chicago Fire team failed to make the MLS play-offs.Shortly before Tuesday's announcement on social media by Schweinsteiger, Loew said the midfielder could join his staff.

"We will always have a place for him," said Loew in Dortmund where Germany are preparing to host Argentina in a friendly on Wednesday.

"I don't know what his plans are," he said, adding "any player who has ever played in the national team, and has the goal of being a coach, is always welcome here to get a taste of what it's like."

Schweinsteiger retired from the national team in 2016 after making 121 appearances.

Loew heaped praise on Schweinsteiger, who helped inspire a 1-0 extra-time victory over Argentina in the 2014 World Cup final despite a cut under his right eye.

"Everyone has a picture of him in their heads: blood-stained in the Maracana (in the 2014 World Cup final), he got up again and again and gave everything.

"He is one of the greatest players in German history," enthused Loew.

"You could always feel his will to win. He was a great player and a great personality."

Bayern München Bastian Schweinsteiger Football
Get the latest updates on Fifa Worldcup 2022 and check out  Fifa World Cup Schedule, Stats and Live Cricket Score. Like us on Facebook or follow us on Twitter for more sports updates. You can also download the NDTV Cricket app for Android or iOS.