Barcelona president Joan Laporta said the economical and financial situation of the club is "worrying" but hoped that the club's finances "will be healthy" in a couple of years. 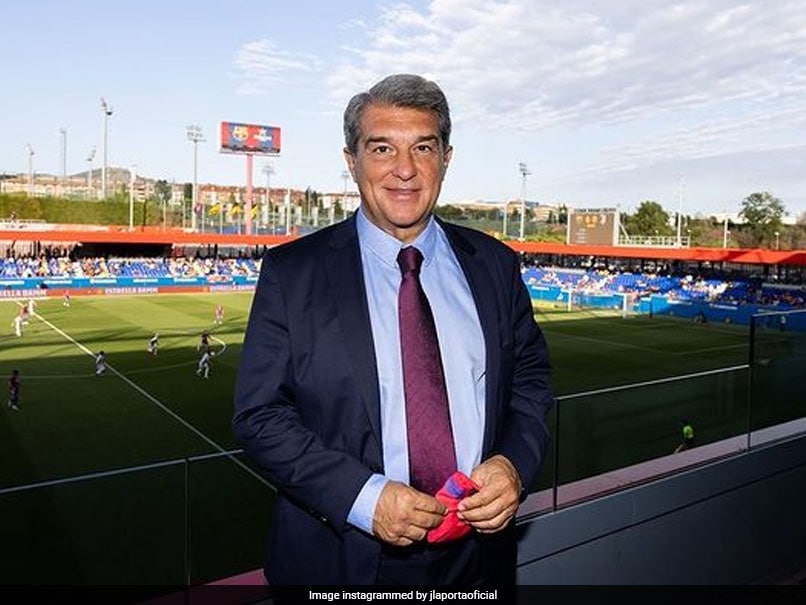 Barcelona president Joan Laporta on Monday gave details of the "dramatic" financial problems that persuaded him to release Lionel Messi. "The economic and financial situation of the club is worrying, and the financial situation is dramatic," Laporta told a two-hour press conference at the Camp Nou. Barcelona, he said, have debts of 1.35 billion euros and a wage bill, at 617 million euros, that is "25 to 30 per cent higher than that of our competitors."

"We are all tightening our belts, in a couple of years the club's finances will be healthy."

As for Messi's departure, Laporta said that the two sides held "negotiations that both parties hoped would be fruitful but didn't work out. There is a mutual disappointment."

He confided that the Argentine's presentation as a Paris Saint-Germain player on Saturday left him with "mixed feelings, like all Barca fans".

"I would have preferred to see him at Barca, although we have made the right decision," Laporta said. "I wish him all the best, I like to see him happy, he deserves it. From now on we will be an opponent."

Barcelona opened their season with a 4-2 home win over Real Sociedad on Sunday.

"It was a very Barca-like reaction," Laporta said. "All the players are more motivated than ever."

"Sunday showed that Barcelona fans are hungry for football and to see a team that fights and plays well".

"A new era is beginning. The short-term prospects are complicated, but in the medium-term they are magnificent," said Laporta, adding that Barcelona plan to return to developing young players as they did with Messi, who came through the youth system known as 'La Masia'.

"We are going to bet on La Masia, which will allow us to develop the model we want."