A loss against Lionel Messi and company at Wembley would leave Tottenham facing a tough task qualifying for the knockout stages in their remaining four games. 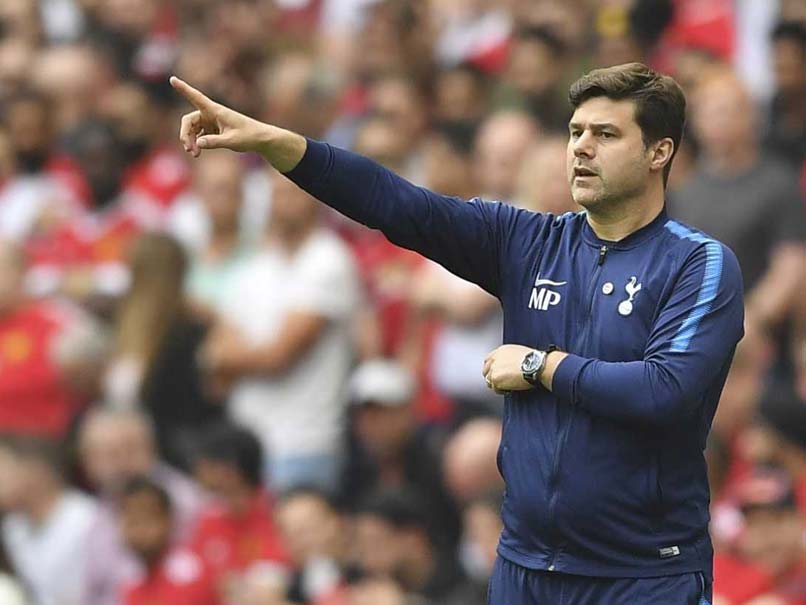 In dire need of a famous victory to revive his team's Champions League campaign, Mauricio Pochettino will draw on the memory of the most cherished success of his career when Tottenham host Barcelona on Wednesday. Pochettino's side can ill afford a damaging defeat against the Spanish champions after conceding two late goals to lose their opening Group B match 2-1 at Inter Milan. A loss againstLionel Messi and company at Wembley would leave Tottenham facing a tough task qualifying for the knockout stages in their remaining four games.

It is a perilous situation that leads Tottenham boss Pochettino to recall the day his Espanyol team upset the odds in the Barcelona derby to start his journey to managerial stardom.

Pochettino's three years in chargeof Espanyol came after he spent nine years with the club, in two spells as a player.

That time in the trenches made Pochettino a favourite son of Espanyol's fans, giving the Argentine a special affinity for the rivalry with Barca.

Given Barcelona's history and financial might in contrast to the less glamorous Espanyol, it is little surprise Pochettino found it tough to get the better of the superpower from the other side of town.

In nine local derbies against Barca, Pochettino's team managed only one win, with five defeats and three draws. But that lone success remains a touchstone moment for Pochettino.

Back in February 2009, Pochettino secured the first win of his managerial career in the most unlikely circumstances as lowly Espanyol stunned Pep Guardiola's star-studded Barca in the Camp Nou.

It was Espanyol's first victory at the home of their rivals for 27 years and, even now, Pochettino can't quite believe it happened.

"I don't know how we did it. All the people were saying Espanyol were dead and had no chance," he said.

"It was a special victory and an unbelievable memory."

Pochettino's special relationship with Espanyol has seen him refuse to contemplate the possibility of ever managing Barcelona, even though it would rank as a step up from Tottenham.

The 46-year-old believes taking charge at the Camp Nou would be a betrayal of the deep roots he planted during his time in Catalonia.

"It motivates me being a periquito (Espanyol's nickname) and living so many years in Barcelona," he said in quotes reported by Marca this week.

"Going back to the city is always nice and playing against Barcelona, too. It is always motivating."

Asked whether it is certain that he will never manage Barca, he replied, "It's something that is more than understood.

"I have a lot of friends in Barcelona, who are from the Blaugrana and for  whom I have enormous respect, but my path, and that of Barcelona, are different, opposite directions, and coaching there would be impossible."

Crucially, they go into the game with Harry Kane back in form after the England striker shrugged off his early-season lethargy to net twice in Saturday's 2-0 win at Huddersfield.

Tottenham haven't been at their best so far this term, but neither have Barca, with Ernesto Valverde's side failing to win any of their last three league games.

They did start their European challenge with a 4-0 drubbing of PSV Eindhoven however and Pochettino admits the long ball style played by Huddersfield at the weekend wasn't the best preparation for facing smooth-passing Barca.

"We are the third or the second team in the Premier League with most possession, but this was a different game," Pochettino said.

"It was a game where the ball was more in the air than on the grass. I think if you were here you realised it was a massive fight between both teams.

"We'll see what happens on Wednesday. I'm sure it will be a completely different game than it was at Huddersfield."