Barcelona members approved the 1.5 billion-euro-project in December, aimed at revamping the ageing Camp Nou and its surrounding areas. 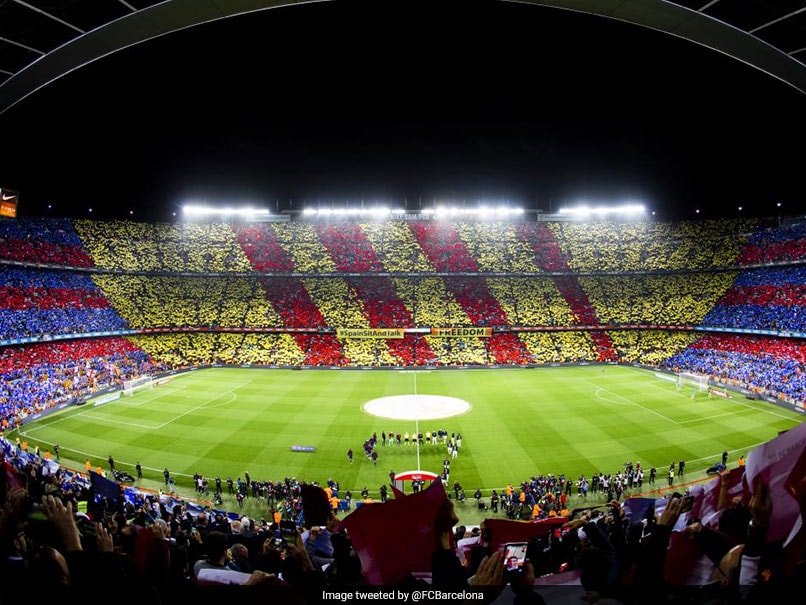 Barca will relocate to the Olympic Stadium in Montjuic before returning to Camp Nou for the 2024-25.© Twitter

Barcelona will play home games away from Camp Nou during the 2023-24 season while the stadium is being redeveloped, the club confirmed on Thursday. Barca will relocate to the Olympic Stadium in Montjuic before returning to Camp Nou for the 2024-25 campaign, when the capacity will be reduced "by approximately 50 percent", the club said. Renovation work will start at Camp Nou in June and is due to take four years to complete.

Barcelona members approved the 1.5 billion-euro-project in December, aimed at revamping the ageing Camp Nou and its surrounding areas.

The stadium's capacity will be increased from just over 99,000 to 105,000, while innovations will include the installation of a retractable roof covered in solar panels, as well as several commercial facilities including a hotel, ice rink and offices.

"Demolition any earlier would have meant having to go next season with just 50 percent capacity," said Laporta.

"To minimise risks and protect next season's income, we will maintain virtually full capacity next season and proceed to demolish the third tier when we go to Montjuic."

The Olympic Stadium, which has a capacity of 60,713, was previously home to Barcelona's local rivals Espanyol, who played there between 1997 and 2009.

Lionel Messi made his professional debut for Barca at the stadium, against Espanyol in 2004.