Ashutosh Mehta accepted provisional suspension, which was optional in his case, on June 24. 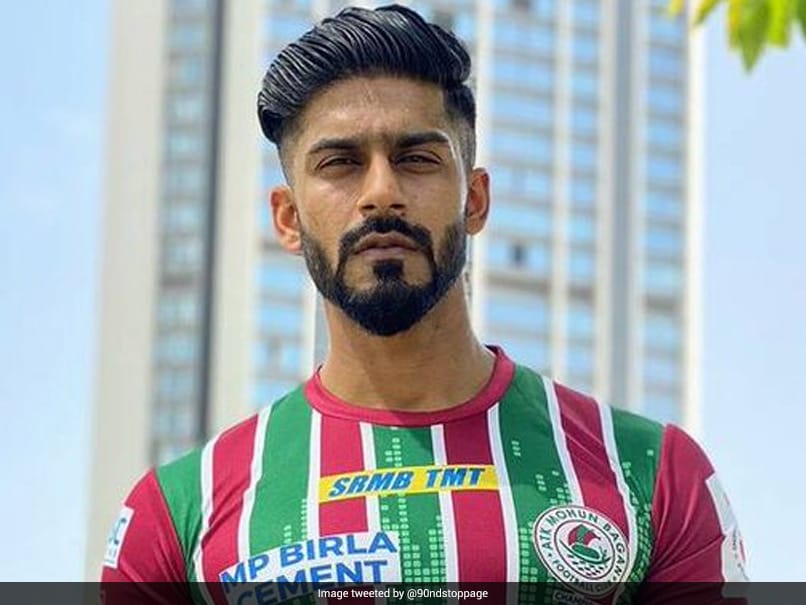 Ashutosh Mehta pleaded that he did not have the intention to consume the substance.© Twitter

ATK Mohun Bagan's Ashutosh Mehta, who had also made one international appearance, became the first Indian Super League player to be handed a ban for doping as he has been suspended for two years by the NADA's Anti-Doping Disciplinary Panel for flunking a dope test. Mehta tested positive for morphine (narcotics) -- specified substance -- in the in-competition test conducted on February 8 during an ISL match played in Goa. The 31-year-old player accepted provisional suspension, which was optional in his case, on June 24.

Mehta pleaded that he did not have the intention to consume narcotic substance and he wanted the benefit of substantial assistance clause.

In the his defence, he claimed that a teammate of his "allegedly administered him with opium, a source of morphine in the form of 'Kaala Daba' (literally translating to 'Black Medicine') in pretext of it being an Ayurvedic Medicine".

"...it is held that the athlete has violated Art 2.1 and 2.2 of NADA ADR 2021. Furthermore, the panel is of the view that the anti-doping violation was unintentional...," the panel headed by Chaitanya Mahajan said in the order.

"We accordingly hold that the athlete is liable for a period of ineligibility of two years." The Panel directed that Mehta be given credit of his provisional suspension. Former India goalkeeper Subrata Pual was handed a provisional suspension by the NADA in 2017 after for testing positive for a prohibited substance in an out-of-competition test conducted during a national camp but was later let off with a warning after he was able to prove that his dope violation was not intentional.

At that time, Paul was playing for an I-League club DSK Shivajians although he had played in the ISL the previous year.

Comments
Topics mentioned in this article
ATK Mohun Bagan Football
Get the latest updates on India vs South Africa and check out  Schedule, Results and Live Score. Like us on Facebook or follow us on Twitter for more sports updates. You can also download the NDTV Cricket app for Android or iOS.