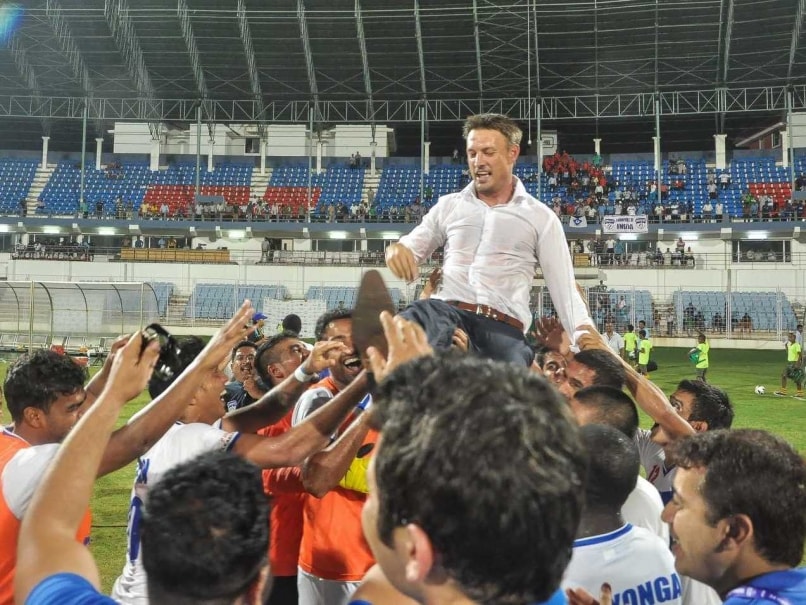 Ashley Westwood, who joined Bengaluru FC in 2013, led the club to two I-League crowns and the Federation Cup.© NDTV

Ashley Westwood's exit comes as a surprise. In a sport where coaches are sacked due to non-performance - a la Louis Van Gaal - Westwood suddenly ending his tenure by "mutual consent" raises eyebrows.

Bengaluru FC, who have won two I-League crowns and the Federation Cup under Westwood, announced the Englishman's exit through an email. It comes at a time when the club had made the quarterfinals of the AFC Cup.

Westwood has left on a high and is quite proud about it. Once in the running for the job of India's national coach - Stephen Constantine got the job for a second time - Westwood was voted top coach more than once.

"I came to the country (in 2013) with a blank canvas, tasked with helping to build a club from scratch, improve Indian football and to try to produce some players to go on to represent the country.

"I feel with 3 major trophies, multiple 'Coach of the Year' awards and developing as many as 10 players to go on to represent India across different ages, I have achieved all of my objectives," Ashely Westwood said in a statement.

What prompted Westwood to leave is not clear.

"It's been an extremely difficult time for the management of the club to part ways with Ashley Westwood. The decision hasn't been the easiest to take," said Parth Jindal, CEO of Bengaluru FC.

Westwood's exit certainly comes as a big blow for Bengaluru FC. The club's success and professional approach under Westwood had put Indian football on the Asian map.

Comments
Topics mentioned in this article
Ashley Westwood Football
Get the latest updates on Fifa Worldcup 2022 and check out  Fifa World Cup Schedule, Stats and Live Cricket Score. Like us on Facebook or follow us on Twitter for more sports updates. You can also download the NDTV Cricket app for Android or iOS.