Arsene Wenger Yet To Decide On Paris Saint-Germain Move

Wenger has been been linked to the general manager's job at PSG, who are expected to replace their manager Unai Emery. 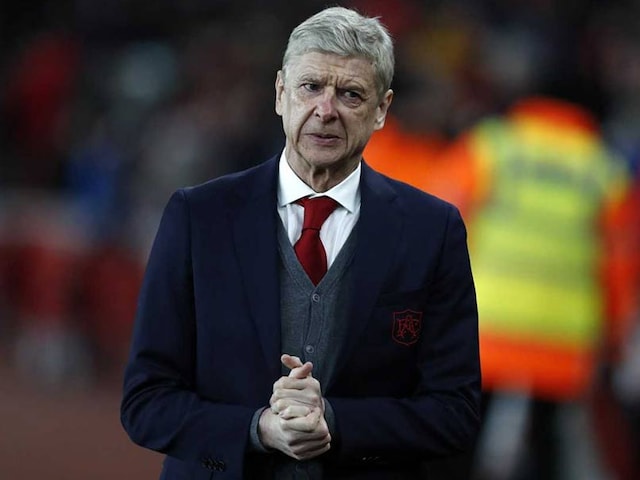 With his two decade long reign as Arsenal manager due to end at the conclusion of the current football season, Arsene Wenger has not yet decided whether to accept an offer from French giants Paris Saint-Germain (PSG). Wenger has been been linked to the general manager's job at PSG, who are expected to replace their manager Unai Emery. Wenger's cordial relations with PSG president Nasser al-Khelaifi has only added fuel to the rumours.

"A general manager role? That's what I have to decide. I have not made the decision," Wenger was quoted as saying by the Guardian.

"At the moment, spontaneously, I would say: 'Yes.' But maybe with a distance, I will think: 'No. Maybe it's a time to change a little bit of direction.' Honestly, I can't give you an answer. I don't know," he added.

Wenger has been employed as a football expert by Khelaifi's beIN Sports network for more than 10 years. But the veteran French coach insisted that his relationship with the PSG president will not influence his professional decisions.

"My relationship with Nasser is more based on media. When he was a young boy and he started in his job, I was his first contract, his first signing, so that's why we have a good relationship. I was always with beIN. But that doesn't influence any decisions," Wenger said.

Comments
Topics mentioned in this article
Arsenal Paris SG Arsene Wenger Football
Get the latest Cricket news, check out the India cricket schedule, Cricket live score . Like us on Facebook or follow us on Twitter for more sports updates. You can also download the NDTV Cricket app for Android or iOS.