Arsenal have not disclosed either the length of Lucas Perez's contract or the transfer fee, but British media reports say the 27-year-old had cost around 17 million pounds 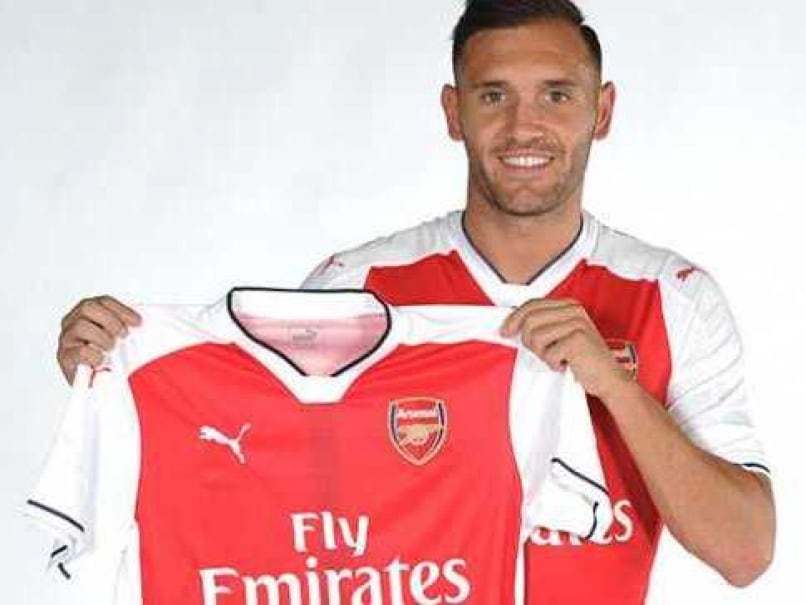 Arsenal did not disclose either the length of Perez's contract or the transfer fee, but British media reports said the 27-year-old had cost around 17 million pounds (USD 22.3 million, 20 million euros).

Arsenal are also believed to be close to signing Germany defender Shkodran Mustafi from Valencia for around 35 million pounds.

Discussing Perez, Arsenal manager Arsene Wenger told the club website: "He's not only a goalscorer, he's a guy who combines well with partners, who can give a final ball and makes good runs.

"He's got a good eye for goal and had an outstanding season last year."

Arsenal are reported to have seen off competition from Premier League rivals Everton to secure Perez's signature.

Perez, who is uncapped, scored 19 goals for Deportivo last season, including 17 in La Liga.

He also scored the winning goal in their 2-1 win over Eibar on the opening day of this season.

He began his career with Atletico Madrid's C team and has also played for Rayo Vallecano, Ukrainian side Karpaty Lviv and Greek club PAOK.

Runners-up to Leicester City last season, Arsenal are eighth in the table after three matches of the new campaign.

Comments
Topics mentioned in this article
Arsenal Spain Lucas Football
Get the latest updates on Fifa Worldcup 2022 and check out  Fifa World Cup Schedule, Stats and Live Cricket Score. Like us on Facebook or follow us on Twitter for more sports updates. You can also download the NDTV Cricket app for Android or iOS.