Aleksander Ceferin beat Dutch football association chief Michael van Praag by 42 votes to 13 in the first round of voting after promising 'bold' moves and an end to 'intrigues', as the 55-member European body faces challenges over its flagship Champions League 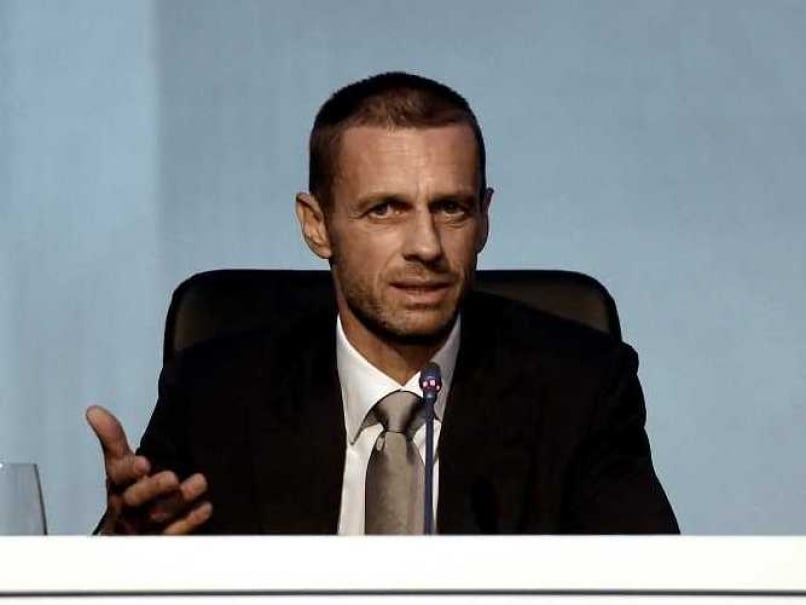 Aleksander Ceferin has been elected as the new president of UEFA, succeeding Michel Platini.© AFP

UEFA, on Wednesday, overwhelmingly elected Slovenian lawyer Aleksander Ceferin, almost unknown three months ago, as its new president to lead the world's most powerful football confederation into a new era after Michel Platini was forced to resign.

Ceferin, 48, beat Dutch football association chief Michael van Praag by 42 votes to 13 in the first round of voting after promising "bold" moves and an end to "intrigues" as the 55-member European body faces challenges over its flagship Champions League.

"The wind of change is blowing through European football. It is the end of one era and the start of a new one," Ceferin said in a speech to a special congress in Athens shortly after Platini gave a farewell address and left through a side door. Ceferin highlighted the credibility challenges facing scandal-tainted football, along with regular accusations of match-fixing and doping.

But he told a special congress in Athens: "I am not here to emphasise the negativitites that surround us. I don't want to live in an empire of fear where every day we wake and see another negativity surfacing.

"I want to bring out all the good things UEFA has been doing and you have been doing."

He added: "We are all tired of the current situation and look forward to a normalisation period that will be about positive things, about friendship, about football." Ceferin said that UEFA had to be a leader in good governance and transparency.

"We should stop with politics, plots, intrigues, lack of transparency, self interest, it is football first. It is what I promise to all of you today, nothing more nothing less."

On top of the absence of Platini since October, after he was suspended over a $2 million payment from FIFA, UEFA has also faced disquiet over changes to the Champions League and speculation that major clubs could break away to form their own tournament.

Comments
Topics mentioned in this article
Football
Get the latest updates on India vs Australia and check out  Schedule, Results and Live Score. Like us on Facebook or follow us on Twitter for more sports updates. You can also download the NDTV Cricket app for Android or iOS.