The FIFA U-17 Women's World Cup is slated to be played in February next year in India and in 2022, the country will be hosting the AFC Women's Asian Cup 2022. 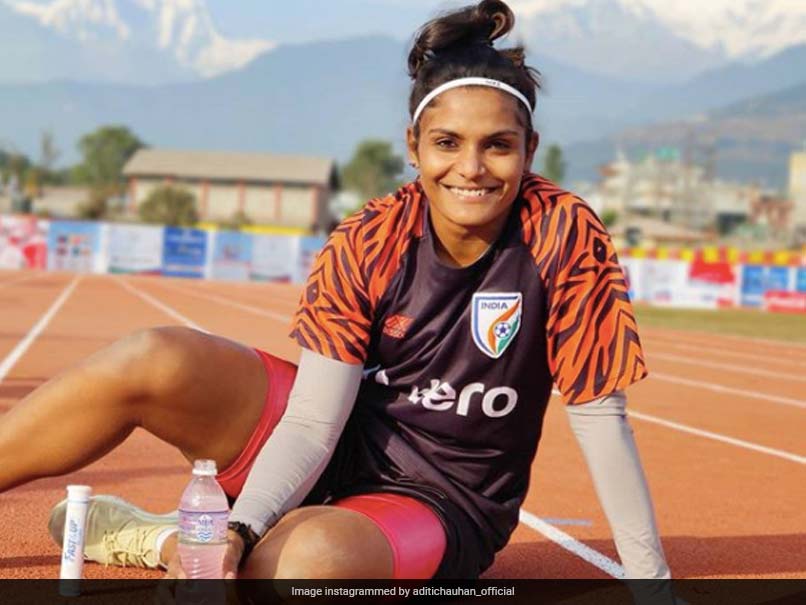 Aditi Chauhan said recent exposure tours have made a huge difference to the team.© Instagram

Goalkeeper Aditi Chauhan has said that hosting the AFC Women's Asian Cup in 2022 right after the FIFA U-17 Women's World Cup will be a dual advantage for the Indian side. The FIFA U-17 Women's World Cup is slated to be played in February next year in India and in 2022, the country will be hosting the AFC Women's Asian Cup 2022. "The Asian Cup comes almost immediately after the FIFA U-17 World Cup. So it's a dual advantage for us. It's such a great platform. Everyone is excited and motivating each other. In terms of acquiring fitness, taking care of one's diet, everyone looks so focused," the official website of All India Football Federation (AIFF) quoted Chauhan as saying.

"It's the biggest platform on the continent and that's going to be hosted in our own country. This exposure will help us tremendously. I would request everyone -- right from spectators, media, and every stakeholder to come forward and make it a grand success," she added.

Making a mention of the recent exposure tours which the Indian women's team were part of, Aditi felt they have made a huge difference to the team.

"If you see the results -- we have constantly improved. We have regularly had better performances against better teams. As a whole team and a unit, we have been improving. We are understanding each other better - the game sense has improved," she explained.

All India Football Federation had arranged friendly matches for the women's team. In 2019, they played 23 matches including friendlies against Vietnam, Uzbekistan, Spain U19 as well as Villareal U20 side, and other club sides.

"We have a lot of youngsters in the team. Maymol Rocky ma'am has given an opportunity to a lot of youngsters who didn't have a lot of experience. These international matches and tournaments which we have been playing have given us confidence, understanding while improving our fitness levels. No matter how much you train, how hard you train -- some things can only be learnt through matches," Chauhan said.