Wayne Rooney, 31, started on the bench in England's last game, a 0-0 draw away to Slovenia, after losing his place in Manchester United's starting XI 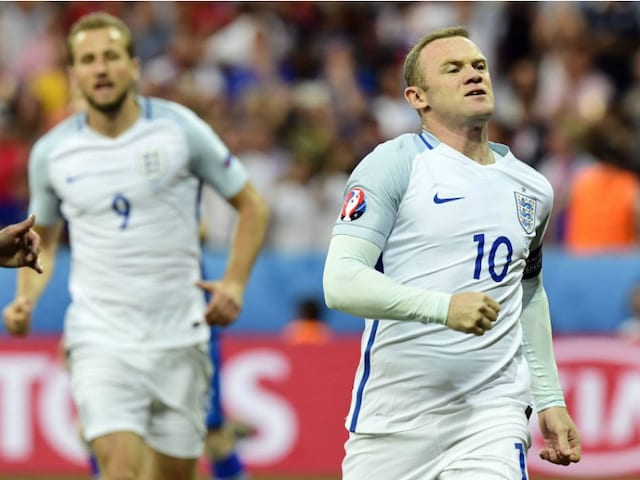 Wayne Rooney will take the captain's armband back from Jordan Henderson, who will also start.© AFP

Rooney, 31, started on the bench in England's last game, a 0-0 draw away to Slovenia, after losing his place in Manchester United's starting XI.

But he has started United's last two games, scoring from range in their 2-1 Europa League defeat at Fenerbahce last week, and will win his 119th cap from the start against Scotland at Wembley.

"He is in a better place than he was in the last get-together in terms of his sharpness," Southgate told reporters at the St George's Park football centre in Burton-on-Trent, central England.

"I think he's an experienced player for a game like this. There was no hesitation from me in selecting him.

"He's playing well for Manchester United. I think he's a player who it helps when he gets into a rhythm."

Rooney takes the captain's armband back from Liverpool midfielder Jordan Henderson, who Southgate confirmed will start.

Tottenham Hotspur striker Harry Kane is also in contention to start after proving his fitness in training following his comeback from a seven-week lay-off with an ankle ligament injury.

Southgate said he had a fully fit squad to choose from.

Comments
Topics mentioned in this article
England Manchester United Wayne Rooney Scotland Jordan Henderson Football
Get the latest Cricket news, check out the India cricket schedule, Cricket live score . Like us on Facebook or follow us on Twitter for more sports updates. You can also download the NDTV Cricket app for Android or iOS.