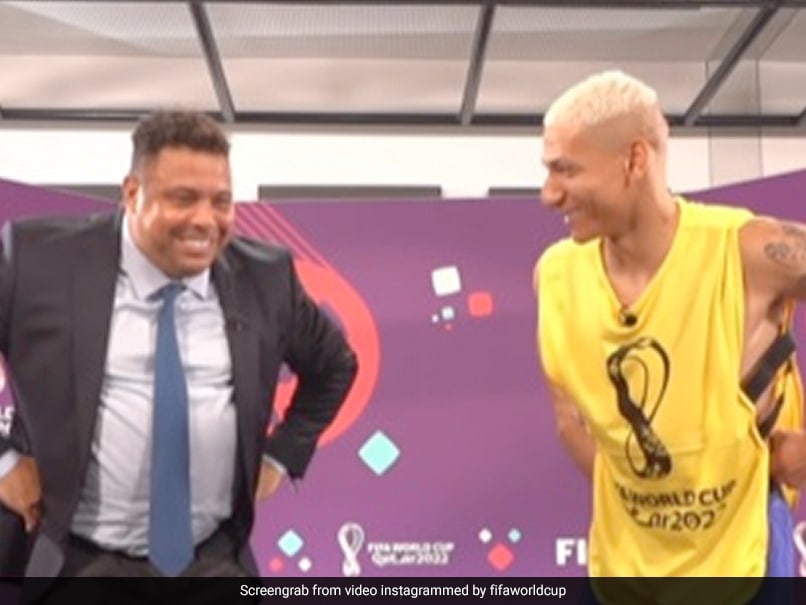 Brazil hit top gear with Neymar back in the line-up to brush aside South Korea 4-1 on Monday and ease into the quarter-finals of the World Cup where they will face Croatia. Neymar had been sidelined for two matches with a sprained ankle but with the world's most expensive player restored to their side, Brazil's yellow shirts poured forward at Stadium 974. Vinicius Junior opened the scoring inside seven minutes before Neymar added another from the penalty spot to move to 76 goals for his country, leaving him just one away from equalling Pele's all-time record tally. The ailing Pele watched from his hospital bed in Sao Paulo where the 82-year-old was admitted last Tuesday amid ongoing treatment for colon cancer.

He will have enjoyed Richarlison's dazzling goal to make it 3-0 before Lucas Paqueta added another before half-time, all celebrated with dance routines as Brazil's supporters roared their approval.

After the goal, Richarlison celebrated by doing the "pigeon dance" as his teammates and coach Tite also joined in. Later, in a video released by FIFA, the Brazil star could be seen teaching the moves to former Brazil star and 2002 World Cup winner Ronaldo.

Talking about the match, Paik Seung-ho pulled a goal back for the Koreans when the Brazilians took their foot off the pedal, but their thoughts had already turned to Friday's quarter-final clash with 2018 runners-up Croatia.

It was the first time that Brazil had scored four goals in a World Cup knockout game since 1998 and the performance rapped out a warning to their rivals that they have a sixth title in their sights.

"We are dreaming of winning the title, that's obvious, but we have to go step by step," Neymar said.

He admitted he had feared at one point that he would not play again in the tournament after injuring his ankle in Brazil's opening game against Serbia.

"When I got injured I spent a very difficult night. I was thinking of a million different things."

Korea Republic FIFA World Cup 2022 Football
Get the latest updates on IPL Auction 2023 and check out  IPL 2023 and Live Cricket Score. Like us on Facebook or follow us on Twitter for more sports updates. You can also download the NDTV Cricket app for Android or iOS.