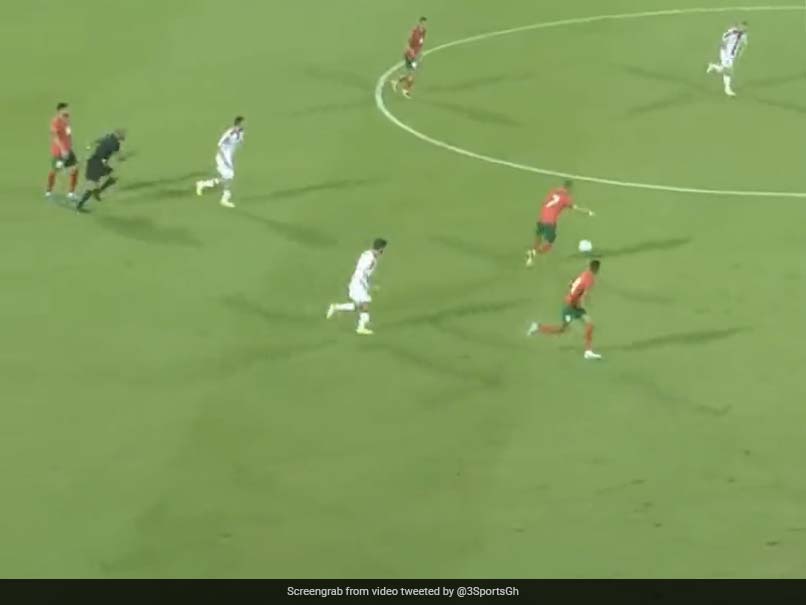 Out-of-favour Chelsea winger Hakim Ziyech scored an insane goal for Morocco in their final FIFA World Cup warm-up game on Thursday against Georgia. After intercepting a loose pass from Georgian defender Guram Kashia in his own half, Ziyech, who is back in the national team fold, after retiring earlier this year, took one touch to make room for himself, before launching his effort past a helpless Giorgi Mamardashvili, who was caught off guard. Ziyech's incredible strike left football fans dumbfounded on social media.

Ziyech had announced his retirement from international football following a dispute with former coach Vahid Halilhodzic.

However, Halilhodzic left his job in August over what the national federation called "differences of opinion".

Morocco are in Group F and will face off with 2018 runners-up Croatia, Belgium and Canada.

However, new head coach Walid Regragui named a 26-man squad last week, and decided to include Ziyech, as well as Bayern Munich's Noussair Mazraoui, who was also sidelined by Halihodzic for disciplinary reasons.

Morocco Hakim Ziyech FIFA World Cup 2022 Football
Get the latest updates on IPL Auction 2023 and check out  IPL 2023 and Live Cricket Score. Like us on Facebook or follow us on Twitter for more sports updates. You can also download the NDTV Cricket app for Android or iOS.