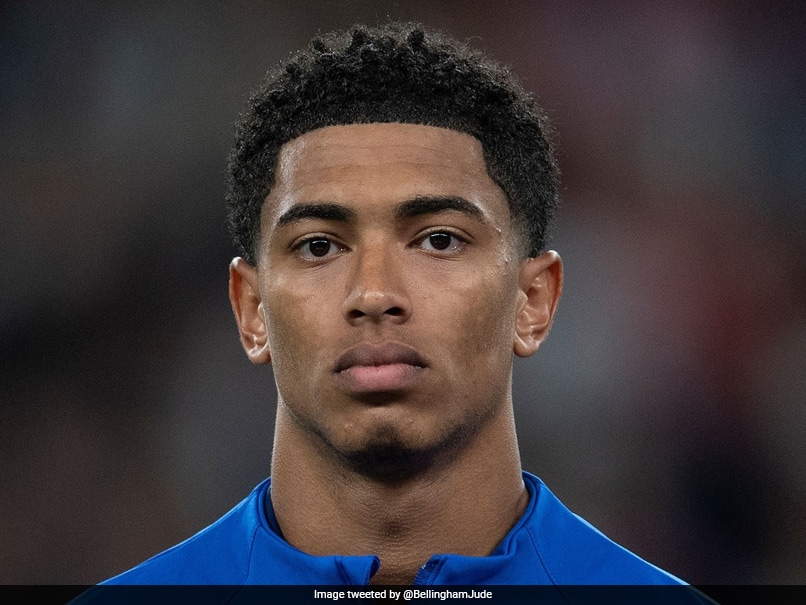 The World Cup always provides a stage for young players to make a name for themselves and the younger generation will be eagerly awaiting Sunday's start of the latest edition. AFP Sport takes a look at six of the possible breakout stars of the tournament in Qatar hoping to follow in the footsteps of Pele and Kylian Mbappe.

Moises Caicedo (Ecuador)-- Much of the focus of the opening match will be on hosts Qatar but Caicedo will be aiming to run the game from Ecuador's midfield. The 21-year-old has been a key player for Brighton in the Premier League since breaking into the first team last season. He has been linked with a potential move to several big clubs, most notably Liverpool. Caicedo has already made 25 international appearances, including 15 starts in Ecuador's successful World Cup qualifying campaign. He is part of a Brighton trio in Ecuador's squad alongside Pervis Estupinan and Jeremy Sarmiento.

Jude Bellingham (England)-- The Borussia Dortmund midfielder is fast becoming a global star and is still only 19 years old. He was a member of the England squad that reached the European Championship final last year but was behind Declan Rice and Kalvin Phillips in the pecking order. Bellingham is now a sure starter for Gareth Southgate after a fine 12 months, capped by four goals in this season's Champions League group stage. Real Madrid and Liverpool are among the teams reportedly chasing his signature and he could further bolster any possible transfer fee by helping to end England's 56-year wait for a second World Cup title.

Cody Gakpo (Netherlands)-- The 23-year-old winger only made one brief substitute appearance at Euro 2020 but is expected to feature far more heavily in Qatar. Gakpo has already netted 13 goals for PSV Eindhoven in all competitions this season, just seven fewer than his total tally last term. With Memphis Depay having been out of action since September due to injury, Gakpo could start the Netherlands' first outing against Senegal on Monday.

Gio Reyna (United States)-- Reyna has always drawn praise for his performances for Dortmund despite struggling with injuries in his short career so far. He made his league debut for Dortmund in January 2020 aged 17, becoming the youngest American to play in the Bundesliga, taking now international teammate Christian Pulisic's record. Reyna, now 20, is likely to be competing with Lille forward Timothy Weah and Leeds' Brenden Aaronson for a spot in the United States' starting line-up.

Jamal Musiala (Germany)-- The 19-year-old has enjoyed a brilliant start to the campaign with Bayern Munich, scoring 12 goals and creating nine more. Musiala, who also played for England's youth teams before declaring for Germany, could start for Hansi Flick's men, even at the expense of veteran Thomas Mueller. Germany may need Musiala to fire if they are to seal a record-equalling fifth World Cup, with the possibility Flick will play without an out-and-out striker following an injury to Timo Werner.

Mohammed Kudus (Ghana)-- Kudus was still playing for Ajax's youth team as recently as last year, before making an impact on the big stage with four goals in this season's Champions League. The 22-year-old from Accra has already made his mark for Ghana with five goals in 18 appearances. Kudus will be an important figure for the last African nation to reach a World Cup quarter-final, alongside the more experienced Andre Ayew and his brother Jordan.

United States Jude Bellingham FIFA World Cup 2022 Football
Get the latest updates on IPL Auction 2023 and check out  IPL 2023 and Live Cricket Score. Like us on Facebook or follow us on Twitter for more sports updates. You can also download the NDTV Cricket app for Android or iOS.