'You're off our Twitter page', Tottenham send Gareth Bale a message

The London club have removed Gareth Bale's photo from the home page of their official Twitter account. 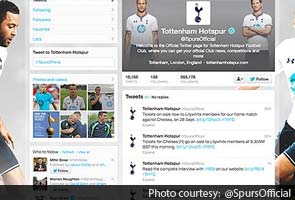 In a further indication that Tottenham winger Gareth Bale could be on his way to Real Madrid, the London-based club has removed his photo from the home page of their official Twitter account - @SpursOfficial.

According to a report in The Guardian, Gareth Bale's photograph - on the left side of the home page - has been replaced by one of former Fulham midfielder Moussa Dembele. Spurs also replaced the photo of Clint Dempsey, who joined Major League Soccer side Seattle Sounders last week, with that of English winger Aaron Lennon.

The Spanish giants had previously confirmed that talks for the Welsh international were on-going, with reports suggesting that a world record transfer fee had been tabled. Bale has featured in just one of Tottenham's pre-season games, and was absent from their 5-2 defeat to Monaco.

However Bale did report for training at Spurs' complex in Enfield, north London on Tuesday.