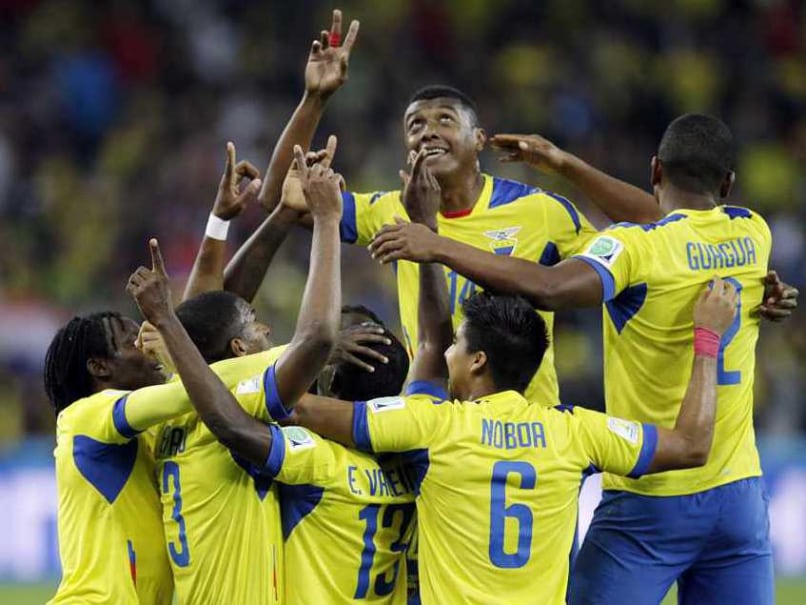 Valencia scored all three of Ecuador's goals in Brazil, including a brace in a 2-1 victory against Honduras.© AP
London:

English Premier League side West Ham United agreed a deal on Thursday to sign Ecuador international forward Enner Valencia from Pachuca of Mexico subject to the successful granting of a work permit.

West Ham announced on their official website that they had agreed an undisclosed fee with Pachuca and that Valencia, 25, will sign a five-year contract at Upton Park.

Formerly of Ecuadorean side Emelec, Valencia only joined Pachuca in January this year but his excellent performances at the World Cup generated widespread interest from clubs in Europe.

Valencia scored all three of Ecuador's goals in Brazil, including a brace in a 2-1 victory against Honduras, but he could not prevent the South American nation from being eliminated in the group stage.

Comments
Topics mentioned in this article
English Premier League Enner Valencia West Ham United Football
Get the latest updates on IPL Auction 2023 and check out  IPL 2023 and Live Cricket Score. Like us on Facebook or follow us on Twitter for more sports updates. You can also download the NDTV Cricket app for Android or iOS.