West Ham's decision comes after top-flight rivals Southampton struck a similar deal with their players as Premier League clubs wrestle with the financial fallout of the coronavirus. 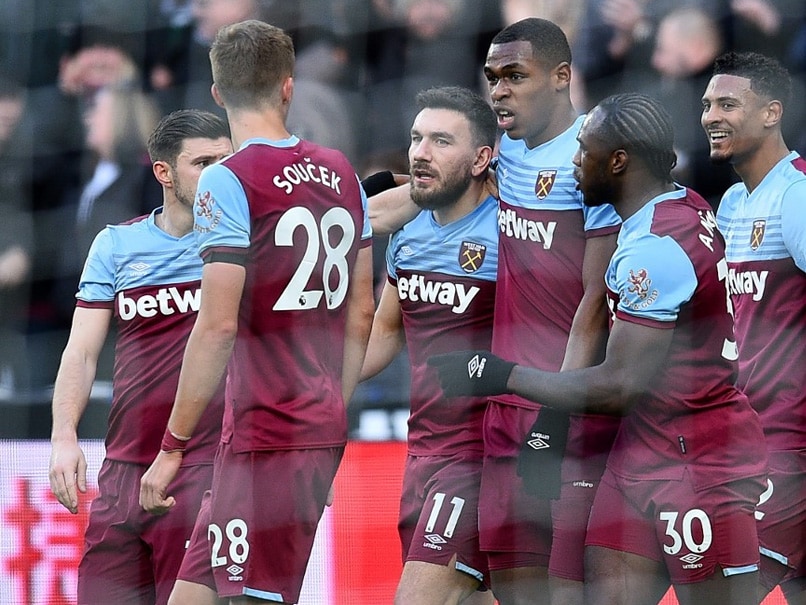 Players at Premier League side West Ham agreed to defer part of their wages.© AFP

Players at English Premier League side West Ham on Friday agreed to defer part of their wages during the coronavirus suspension while manager David Moyes will take a 30 per cent pay cut. The move comes just a day after top-flight rivals Southampton struck a similar deal with their players as clubs wrestle with the financial fallout of the virus which has shut down the sport for a month. "The savings created by the measures will support the entire infrastructure of the club and enable us to retain jobs and continue to pay 100 per cent of staff salaries," said a West Ham statement.

Joint-chairmen David Sullivan and David Gold as well as fellow shareholders also agreed to inject 30 million pounds into the club.

West Ham skipper Mark Noble, who is playing a key role in the recently-launched #PlayersTogether initiative aimed at generating funds for Britain's National Health Service, said he was glad an agreement on wages had been reached.

"As players we have been in constant dialogue with the club since the situation around COVID-19 emerged and I am proud that our entire squad have made clear their strong desire to play our part in helping to support others through this situation," he said.

"At West Ham United, we are one team and our priority reflects the club's aim to help ensure the staff get 100 per cent of their salaries while we are unable to play our matches.

"We continue to do all we can, collectively and individually, throughout this period for the benefit of those around us, our colleagues, our supporters and our community."

Brady added: "I would like to say a big thank you to David Moyes and his backroom team, our captain Mark Noble and our fantastic squad of players for the commitment and determination they have shown to offer their help and support."

On Wednesday, Southampton's players, manager Ralph Hasenhuttl, his staff and the club's directors agreed to defer their salaries for April, May and June.

Southampton also said they would not be using public money to pay employees.

The decision came amid a row about whether Premier League players -- with an average salary of three million pounds ($3.7 million) -- should be forced to give up some of their salary to help the nation.

Southampton Mark Noble English Premier League Football
Get the latest updates on ICC T20 Worldcup 2022 and CWG 2022 check out the Schedule, Live Score and Medals Tally. Like us on Facebook or follow us on Twitter for more sports updates. You can also download the NDTV Cricket app for Android or iOS.