The England striker joined West Ham from Liverpool for a club-record fee but David Sullivan reveals the club would not have signed him if they had known the full extent of his injury problems. 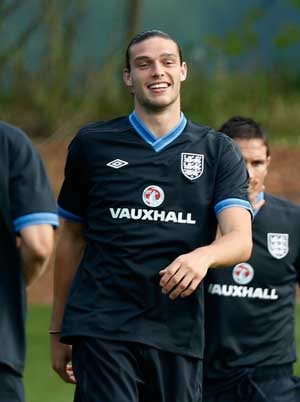 West Ham United co-owner David Sullivan said on Saturday that the club would not have signed striker Andy Carroll if they had known the full extent of his injury problems.

The England striker, 24, joined West Ham from Liverpool for a club-record fee of £15 million ($24.4 million, 17.8 million euros) in June, after a successful loan spell at Upton Park last season.

However, he has not played for the club this season after sustaining a double fracture in his right foot and then injuring his heel.

The former Newcastle United striker is not expected to return to fitness for another three weeks and Sam Allardyce's side have struggled for goals in his absence, scoring only 13 in 15 league games.

"Had we known he would be out for this long, we would not have signed him," Sullivan told BBC television programme Football Focus.

"We are not a rich enough club to deal with that. You know any player can get injured, but we can't buy a player knowing he is going to be out for half the season.

"When we signed him we were assured by the medical staff that the very, very latest he would be back was September 1. That would have meant he would only miss two league games."

However, Sullivan added: "If you ask me the same question at the end of the season, I hope I will be able to give you a different answer and say, 'Yes, it was the right decision to sign Andy Carroll.'

"He is a fantastic player and on his day he is unplayable. We love him and that is why we signed him. He is desperate to come back; he is sweating blood in training."

Comments
Topics mentioned in this article
Football Bayern Munchen Manchester City Mark Hughes Alex Ferguson Andy Carroll English Premier League
Get the latest Cricket news, check out the India cricket schedule, Cricket live score . Like us on Facebook or follow us on Twitter for more sports updates. You can also download the NDTV Cricket app for Android or iOS.