Mohamed Salah brushed aside his supposed falling out with Liverpool teammate Sadio Mane by posting a brilliant video. 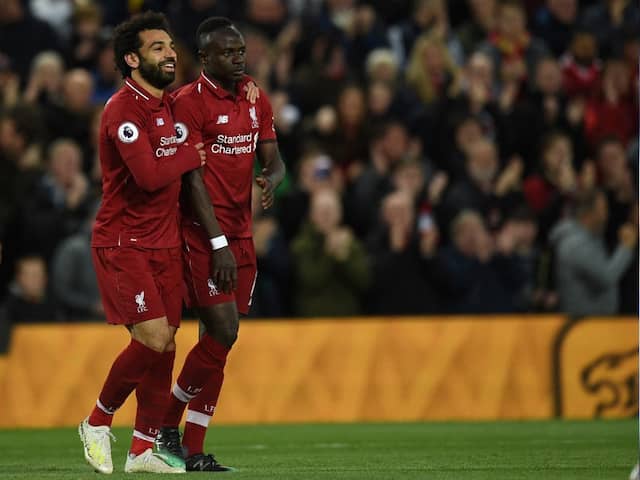 Rumours were rife that Sadio Mane was annyoed by Mohamed Salah's failure to pass the ball during a match.© AFP

Sadio Mane launched into a furious rant after being substituted during Liverpool's 3-0 win over Burnley in the Premier League on August 31. Rumours in the media and on various social media platforms were rife that the Senegal winger was apparently annoyed by Mohamed Salah's failure to pass to him moments earlier. Mane brushed past Reds boss Jurgen Klopp and had to be consoled by team-mates Jordan Henderson, James Milner and Roberto Firmino on the bench. However, on Friday, Mohamed Salah took to Twitter to respond to the rumours of rift with his Liverpool teammate.

Salah tweeted a video in which he superimposed his and Mane's face on two kids hugging on the streets.

After the match against Burnley, manager Jurgen Klopp claimed everything had been smoothed over after the latest incident of Salah opting to shoot instead of passing to a better-placed colleague.

Liverpool captain Jordan Henderson, however, said he was pleased to see the rant from the usually mild-mannered Mane because it underlined the passion in the Liverpool team.

"I've seen it now and again (from him). Sadio is fine, he's a great lad," Jordan Henderson said.

"That's just us pushing each other all the time. I think that's important. We all want to do better, we all want to improve, but we're really close and I think we can deal with that.

"I'm not sure (what set him off) to be honest. I couldn't really understand at first but then when he came in, he was laughing and joking.

"The most important thing was we got the result, Sadio knows that. He performed really well again."

"We want to push each other. We want to improve all the time, I quite like that now and again. I think we need it."

Liverpool Mohamed Salah Sadio Mane Jordan Henderson English Premier League Football
Get the latest Cricket news, check out the India cricket schedule, Cricket live score . Like us on Facebook or follow us on Twitter for more sports updates. You can also download the NDTV Cricket app for Android or iOS.